This small gem of an exhibition, adapted for Watts Gallery – Artists’ Village from one held earlier this year at Leamington Spa Art Gallery & Museum, from where a good number of the works have been lent, is the third in a series of exhibitions showcasing artists from different stages of pre-Raphaelitism – early, mid and now modern. Indeed, many of the artists falling under this rubric are often simply considered modernists, or part of the wider European symbolist movement, but the pre-Raphaelite aspects of their work are apparent, not least their frequent focus on dreams and stories, as the exhibition title suggests. This focus on dreams, as well as connections with GF Watts, is what distinguishes this iteration of the exhibition from its predecessor. 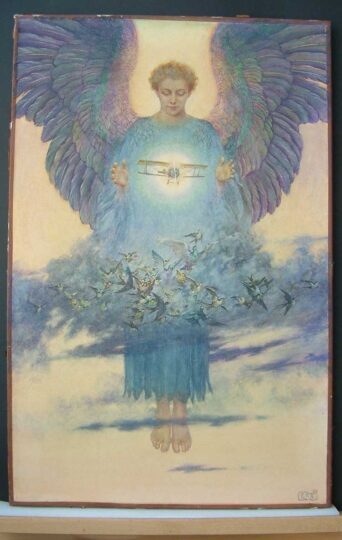