Rafael Pérez Evans (b1983, Málaga) is best known for Grounding (2020), his installation at Goldsmiths, University of London, for which he dumped 29 tonnes of carrots in the college courtyard. This was a recognition of farmers’ protests, across Europe, at the devaluation of their produce and labour; the separation of the city from the processes of food production; and the forced “modernisation” of rural farming communities in southern Europe – such as the one near Málaga, where he grew up – that have been rendered unsustainable and latterly sold for real estate. 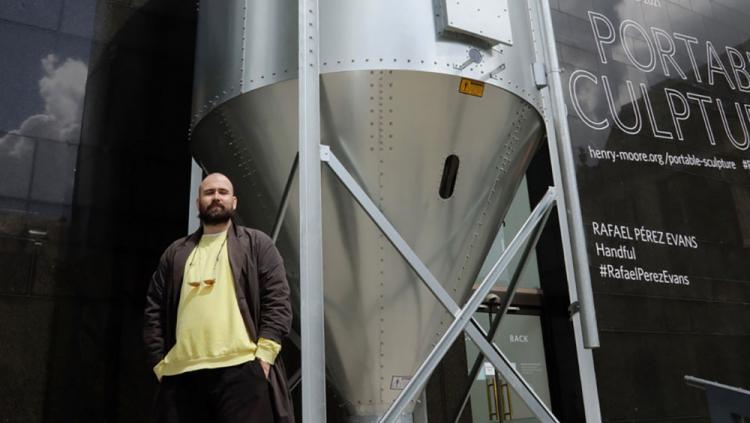 In his first UK solo exhibition at the Henry Moore Institute, Leeds, the London-based, Spanish-Welsh artist continues from this starting point, looking more widely at bodily and material encounters and disruptions that might be brought about by unexpectedly placed foodstuffs, causing the public to stop and think in a different way about how they go about their day.

Pérez Evans spoke to Studio International about his practice, his thirst for knowledge exchange and non-western, more all-embracing pedagogies, his influences and his aspirations.