Hormazd Narielwalla (b1979, India) studied fashion, at home and in the UK. During his master’s course, he began working with paper patterns to create collages – sometimes figurative, sometimes abstract – sometimes even sculptural. He has since gone on to build his practice around pattern, has won numerous awards and commissions, and has produced 10 limited-edition artist’s books. The latest of these, Diamond Dolls (published this month), created in an edition of 300, takes as its muse David Bowie. Growing up as a young gay man in India, Narielwalla was hugely inspired by Bowie’s gender fluidity and confidence and felt he was an icon he could emulate. In his 36 collages for the book, Narielwalla uses a variety of specialist textile patterns to capture Bowie’s essence, or living spirit, and create outfits he might have worn, but never did (Narielwalla is keen to emphasise that he creates rather than copies – he is an artist not an illustrator). 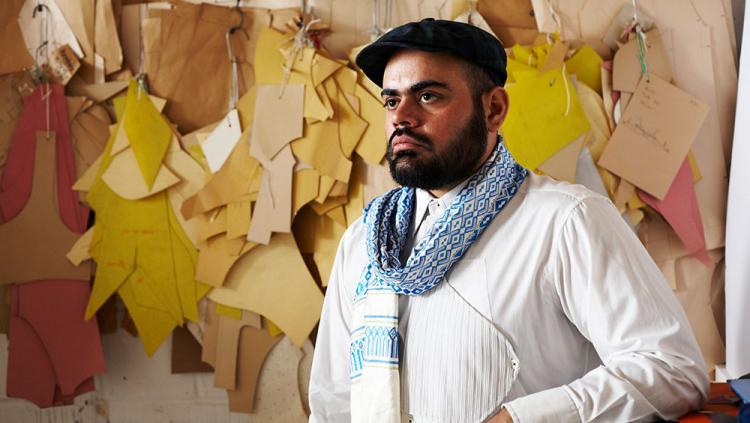 Narielwalla spoke to Studio International via Zoom during the run-up to the launch of Diamond Dolls.