Essay for Sour-Puss: The Opera by Diogo Duarte and Jessica Mitchell

Sour-Puss came into being some five years ago. Her creators, Portuguese photographer Diogo Duarte and psychotherapist Jessica Mitchell, who originally hails from Brooklyn, speak of her as being ‘born.’ In reality, the birth of Sour-Puss has been a gradual one, and  her character has developed as her story has unravelled. It was not scripted in advance, rather emerged from conversations, discussions, and, indeed, arguments, between her ‘parents,’ along the way. Duarte and Mitchell met in the spring of 2016 while both working in the charity sector. Their friendship grew as their intense conversations uncovered similarities in worldview and feelings relating to themselves, as well as others—not least a mutual dislike for what they term ‘positive thinking.’ Hence Sour-Puss—an amalgam of a 34-year-old gay man and 56-year-old married woman—questioning her own desires and sexuality—struggling, as Mitchell terms it, to ‘keep that flame [of life and positivity] alive.’

When Duarte and Mitchell holidayed together, the camera would go along for the ride—as would Sour-Puss. The story became titled Sour-Puss: The Opera, due to the dramatic themes and melodramatic handlings thereof—something else inherited from the real-life creators: according to Mitchell, ‘the world comes to an end ten times a day for me.’ 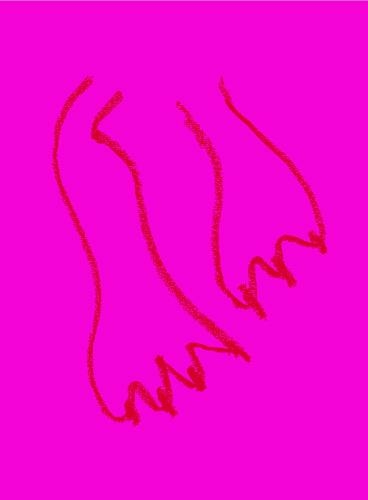 To read the full essay, purchase the book here