Interview with the Binnie Sisters

Interview with the Binnie Sisters

Christine and Jennifer Binnie first shot to fame in 1981, along with fellow artist Wilma Johnson, as the performance-art collective the Neo Naturists, for which they famously flashed in the British Museum, as well as in many London nightclubs. However, before the decade was out, the sisters had gone from hanging out with the likes of Grayson Perry (whom Jennifer was dating), Boy George and Marilyn, to, in Jennifer’s case, returning to live in the East Sussex countryside and becoming a mother and painter, and, in Christine’s, to working as a potter. Although never officially ceasing their Neo Naturist activities, the sisters have since focused much more on their individual practices. Coming together as the first guest curators of an exhibition drawn from the 5,000 works in the Towner Collection, however, has been an enjoyable experience for them both, bringing them back to their roots, and asking them to reflect on their own work and how to incorporate it into the show. 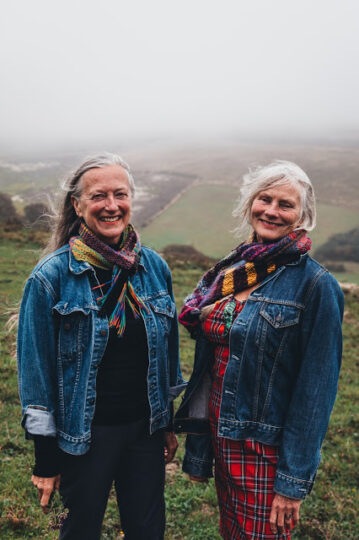 Christine spoke to me by phone from her flat in London, while Jennifer preferred to email her answers.