Interview with Trulee Hall at the Zabludowicz Collection

Following her sold-out opera commission just before lockdown in March, the Los Angeles-based artist Trulee Hall (b1976, Atlanta) has returned to the Zabludowicz Collection in London to create her first solo institutional European show. Comprising works from the collection (acquired from her major LA show last year), elements from and a video of the opera, and a number of new pieces, the exhibition is fully immersive and promises to transport visitors to an alternate reality – “Trulee’s world” – where dichotomies are set up, only to be broken back down and questioned, and layers of meaning are offered, to be peeled back and explored at the viewer’s whim. 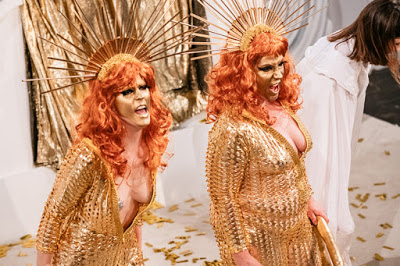