Review of Artemisia at the National Gallery, London

The Italian Baroque painter Artemisia Gentileschi (1593-c1656) is well on her way to becoming as widely recognised an artistic icon as Frida Kahlo. Certainly in the era of #MeToo, her autobiography of being raped by a fellow artist, a friend of her father, at the age of 17, and enduring a seven-month-long trial, which included torture, to test the veracity of her testament, goes before her and makes her name – for better or worse – more well-known than her artwork. Of the latter, those paintings depicting biblical heroines as strong – and often vengefully violent – real women are the most beloved, and, in fact, generally the only ones known. I confess to having been oblivious to many of her more tender subjects until this long-overdue – and latterly delayed due to Covid-19 closures – exhibition at the National Gallery, London, finally opened its doors. 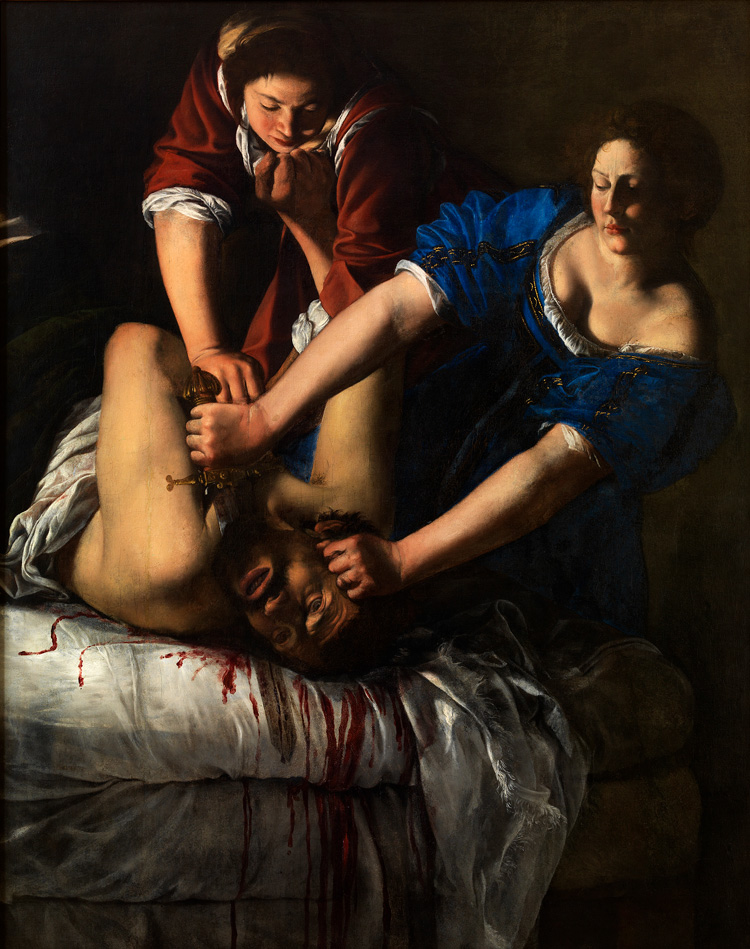