Review of In the Land of the Gods. Marc Chagall and the Greek World at the Musée National Marc Chagall, Nice

In the Land of the Gods

Marc Chagall and the Greek World

In the early 1950s, Marc Chagall (born 1887, Belarus) accepted the suggestion of his Greek publisher friend Tériade (real name Stratis Eleftheriadis) to illustrate a new edition of the second-century AD pastoral prose romance Daphnis and Chloe, attributed to Longus, and set on the Greek island of Lesbos, where the young shepherd and shepherdess fall in love. To get a feel for the country and its history and mythology, Chagall made two trips there, in 1952 and 1954. He also visited a wider range of tourist destinations, including Athens and Olympia. The Jewish artist was bowled over by what he described as “the land of the gods” – a country where every monument transports the visitor back several thousand years, yet with affinities to the ambience of the French Riviera, where he had made his home in Saint-Paul de Vence. What followed were series of illustrations, not only for Daphnis and Chloe, but also Homer’s Odyssey and Sappho’s poetry, and paintings, gouaches, ceramics and large-scale mosaics (for the faculty of law in Nice), and set and costume designs for the Paris Opera. Hellenic culture became mixed in with Chagall’s Jewish motifs and Old Testament illustrations and remained a prominent influence on his work until his death in 1985. 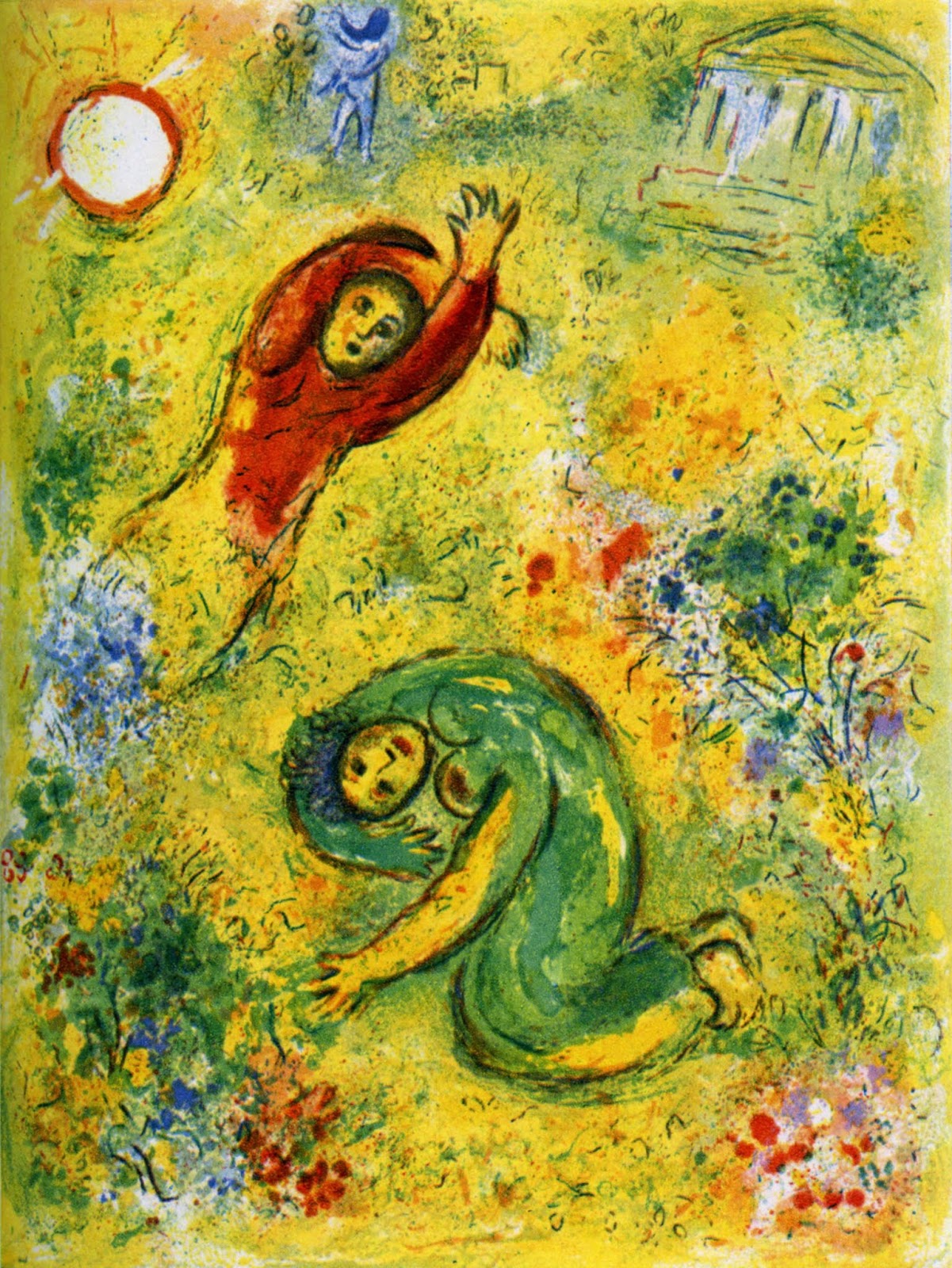