Review of Laura Knight: A Working Life at the Royal Academy of Arts, London

Despite popular belief, Laura Knight (1877-1970) was not, in 1927, the first woman to be elected to the Royal Academy of Arts, London (as an Associate Royal Academician) since the founder members, Angelica Kauffman and Mary Moser (selected, however, by the King, not elected by fellow members). Five years previously, Annie Swynnerton had received the same honour at the age of 78. Nevertheless, Knight’s election was something of a coup. It went on to take a further nine years for her to become a full member, and 30 more on top of that before she was invited to the institution’s annual dinner. Such were some of the myriad obstacles in the way of female artists at the time – but more on that to come! 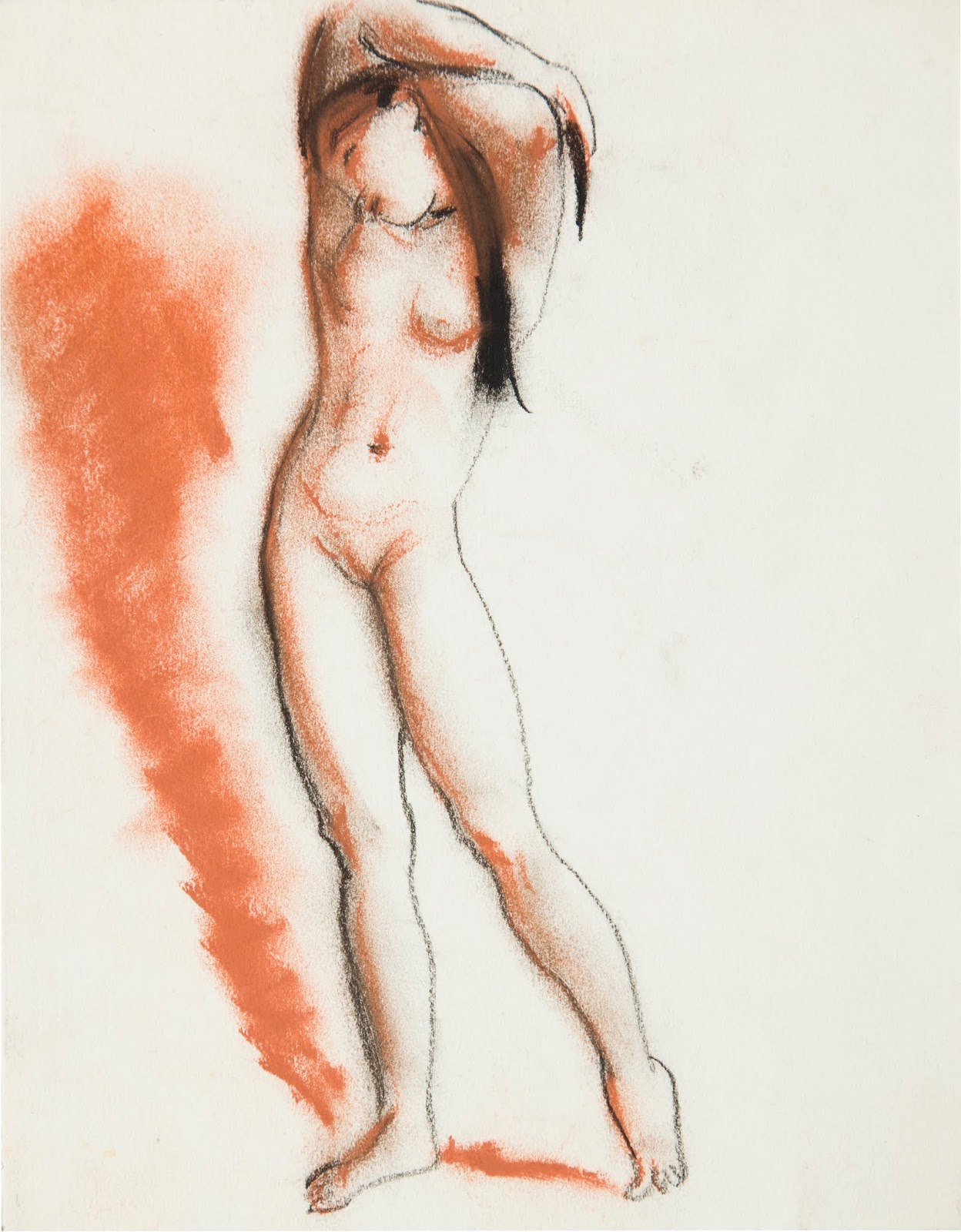 Knight (at this stage still Laura Johnson) began submitting (always rather large) paintings to the Royal Academy’s Summer Exhibition in 1895, but was not successful until 1903, the year that she and Harold Knight married. They had met at Nottingham School of Art, where she had enrolled at the age of just 13, having been encouraged by her mother to become an artist. A portrait he painted of her a year later, in 1891, is included in this one-room exhibition, showing her in profile. Knight recalled how it was during the sittings for this painting that she “first got a hint that I meant as much to him as him to me”.

Luckily for her career, Knight was a self-acknowledged extrovert, who promoted her work wherever and however she could. She featured, for example, in a British Pathé newsreel, sketching and painting models in a mock studio, and she further published two autobiographies: Oil Paint and Grease Paint (in February 1936, the month she was elected to full membership of the RA, and which became an immediate bestseller) and The Magic of a Line (in 1965, the year of her retrospective exhibition at the Royal Academy – the institution’s first one-woman show). Certainly, she exhibited widely, initially together with her husband Harold, and she also showed work at the Royal Society of Painters in Watercolour, the Women’s International Art Club, the Venice Biennale (1914 and 1924), and with the Society of Women Artists, of which she became president in 1932. As early as 1929, she was made a Dame of the British Empire in recognition of her services to art.