Petra Bauer (b1970, Stockholm) is an artist and film-maker who explores the possibilities of women’s organising and resistance through film-making. Her usually collaborative works are concerned with feminist issues and the role of moving images in, and as, political practice. In 2015, she exhibited at the 56th Venice Biennale as part of All the World’s Futures. Workers!, commissioned by Collective in 2016, is a collaborative work between Bauer and SCOT-PEP, a sex worker-led charity advocating for the safety, rights and health of sex workers in Scotland. It presents a social space in which personal and political ideas can be aired, challenged and debated. Premiered as part of the opening week of Collective’s new home on Calton Hill, Edinburgh, in 2018, Workers! is now being shown as part of a larger exhibition including some of the research materials from the project and a banner made by SCOT-PEP and the artist Fiona Jardine. 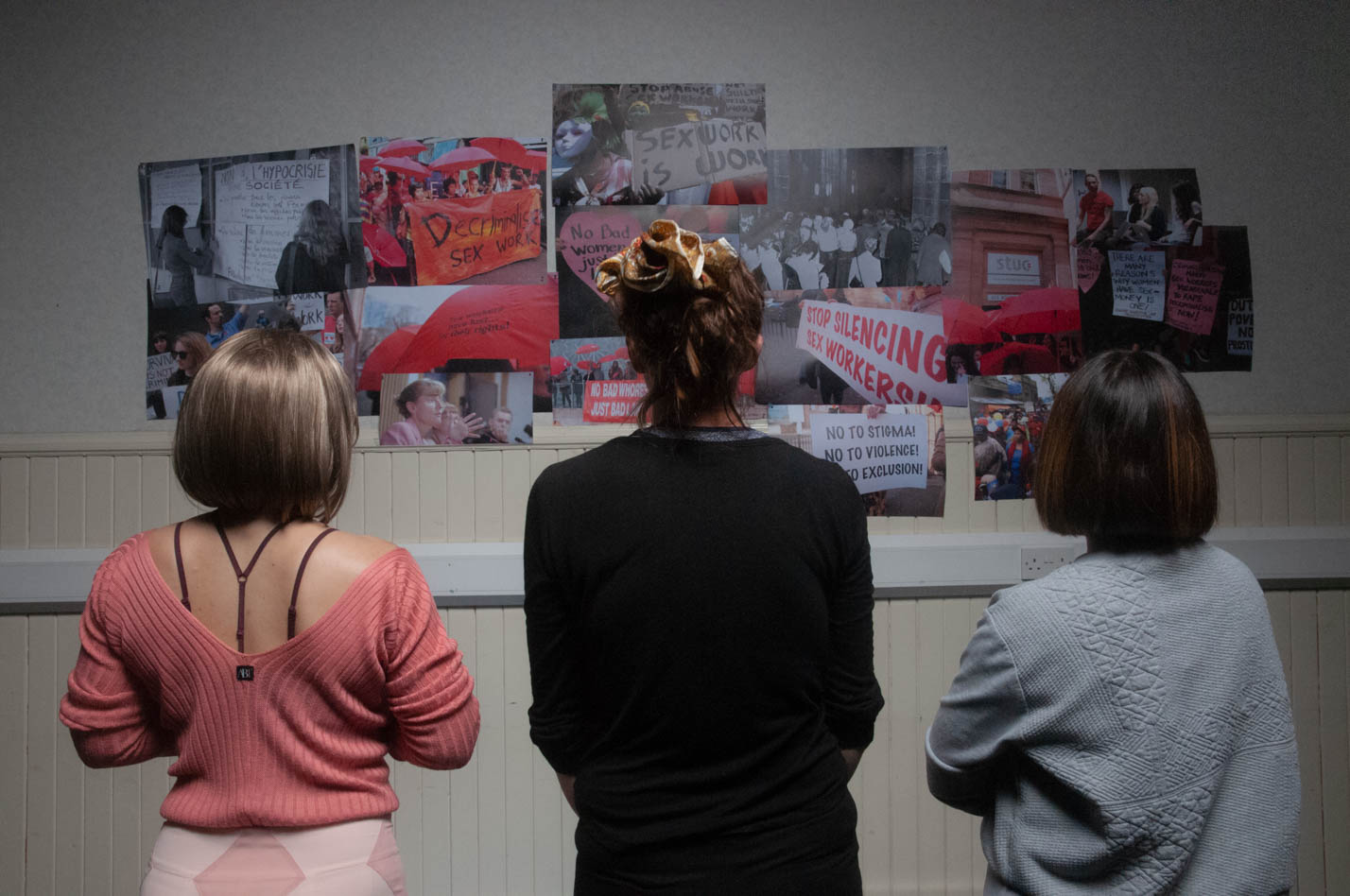