Although best known today for his paintings, it was through his graphic works that Edvard Munch made his international name. This exhibition at the British Museum, London – the largest of his prints in 45 years and compiled in collaboration with Norway’s Munch Museum – brings together some of his most iconic images, and reunites a number of prints with their matrices, elucidating the various processes involved in their making. Norwegian Arts looks at the artist’s experimental use of lithography, etching and woodcut. 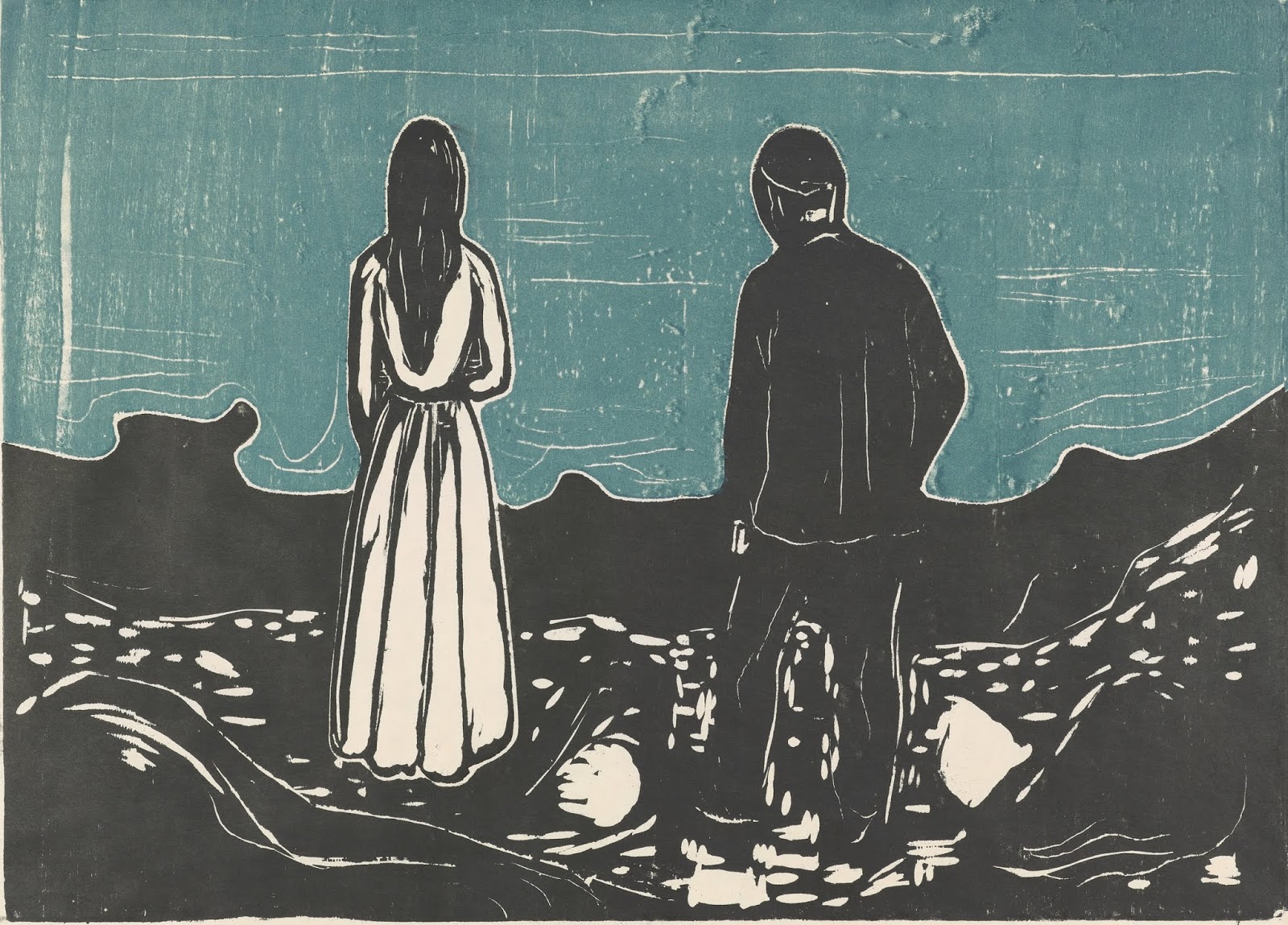 Norwegian artist Edvard Munch’s inscription at the foot of an 1896 black-and-white lithographic print of his iconic painting The Scream (1893) – ‘I felt the great scream throughout nature’ – is almost as soul-wrenching and shudder-inducing as the world-famous image itself. According to Giulia Bartrum, the curator of the British Museum’s forthcoming exhibition, ‘Edvard Munch: love and angst’ (11 April to 21 July), the wide-mouthed figure shown covering his or her ears, long assumed to be screaming, might, in fact, be hearing the scream rather than uttering it. The full title of the work, The Scream of Nature, similarly supports this standpoint. Either way, the very fact that such discussion is still ongoing, 126 years after the painting of the picture, shows the enduring appeal and intrigue of the Symbolist artist’s work. This lithograph will be one of more than 80 works on display, primarily comprising prints, from the period between 1894, when Munch first began experimenting with graphic media, and the first decade of the 20th century. During this time, Munch travelled a lot between Kristiania (modern-day Oslo), Paris and Berlin. It was in Berlin that he made his first print, aged 30.