An Yves Kleinian blue is pierced by the bright, white light of the Evening Star. Beneath it, a range of white mountains rise and fall, like drapery, almost as if breathing, or foaming like the peaks of waves. In the foreground, eerie, bare and broken trees pierce the silent serenity, forming crosses and grave markers, as if amidst the rubble of a battlefield. A vivid expression of the sublime – although, perhaps equally a precursor of the uncanny shivers of the surreal – Winter Night in the Mountains (1914) is arguably the most ambitious work of Norwegian artist Harald Sohlberg (1869-1935), and is widely considered to be the ‘national painting of Norway’. It remained his obsession for 14 years, and he produced many versions in his attempts to capture exactly what he wanted. 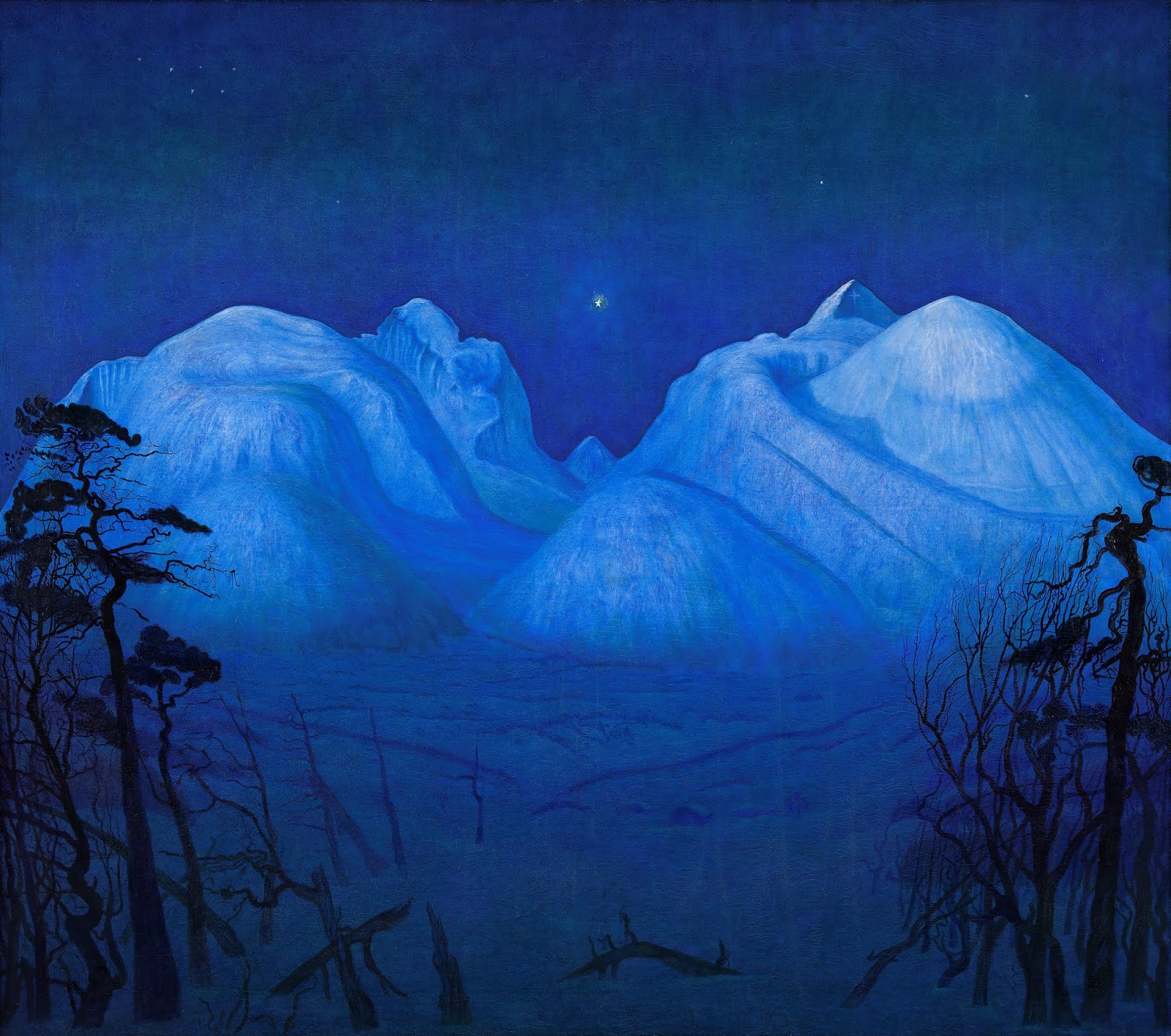 Although less well known outside of his home country than his contemporary Edvard Munch, Sohlberg is nevertheless being described by Dulwich Picture Gallery, London, as ‘one of the greatest masters of landscape painting in the history of Norwegian art’. Denying the influence of other artists on his work, and attributing the origins of his ‘artistic awakening’ to his own psyche, his oeuvre unites elements of Romanticism, Naturalism and Symbolism, always drawing on the Nordic landscape and its vast potential to depict both the earthly and the infinite. As Dario Gamboni describes in his catalogue essay to accompany the gallery’s forthcoming exhibition, ‘Harald Sohlberg: Painting Norway’ (13 February to 2 June), whereas Munch chose to foreground the human figure, treating the landscape as an additional expression of ‘a state of the soul’, Sohlberg focused primarily on the landscape, with the merest hint of human presence. This exhibition, which is travelling from the Nasjonal Museet, Oslo, marks the 150th anniversary of the artist’s birth and will be the first solo exhibition of his work outside of Norway.