Review of Klimt/Schiele: Drawings from the Albertina Museum, Vienna at the Royal Academy of Arts, London

The year 2018 marked the centenary of the deaths of two of Austria’s best-known and best-loved modernist artists – Gustav Klimt (1862-1918) and Egon Schiele (1890-1918). Although Klimt never formally taught Schiele, the younger man was widely thought of as his protégé, and, by the time of Klimt’s death from pneumonia, following a stroke, in February 1918, Schiele was acknowledged as his successor. Tragically, he, too, was to die, eight months later, in the flu pandemic. Although both artists left behind a great number of paintings, the core of each of their practices was drawing, which constituted a fundamental daily activity for them. Klimt left more than 4,000 drawings – most devoted to women; Schiele, in his short life, created 3,000 drawings and watercolours. The Graphic Art Collection of the Albertina Museum in Vienna, founded in 1776 by Duke Albert of Saxe-Teschen, holds a large number of works on paper by both men, and, for this centennial collaboration with the Royal Academy of Arts – one of many international anniversary exhibitions – 100 drawings have travelled to London, where they are displayed in largely chronological thematic rooms, interweaving the stories and progress of each artist. 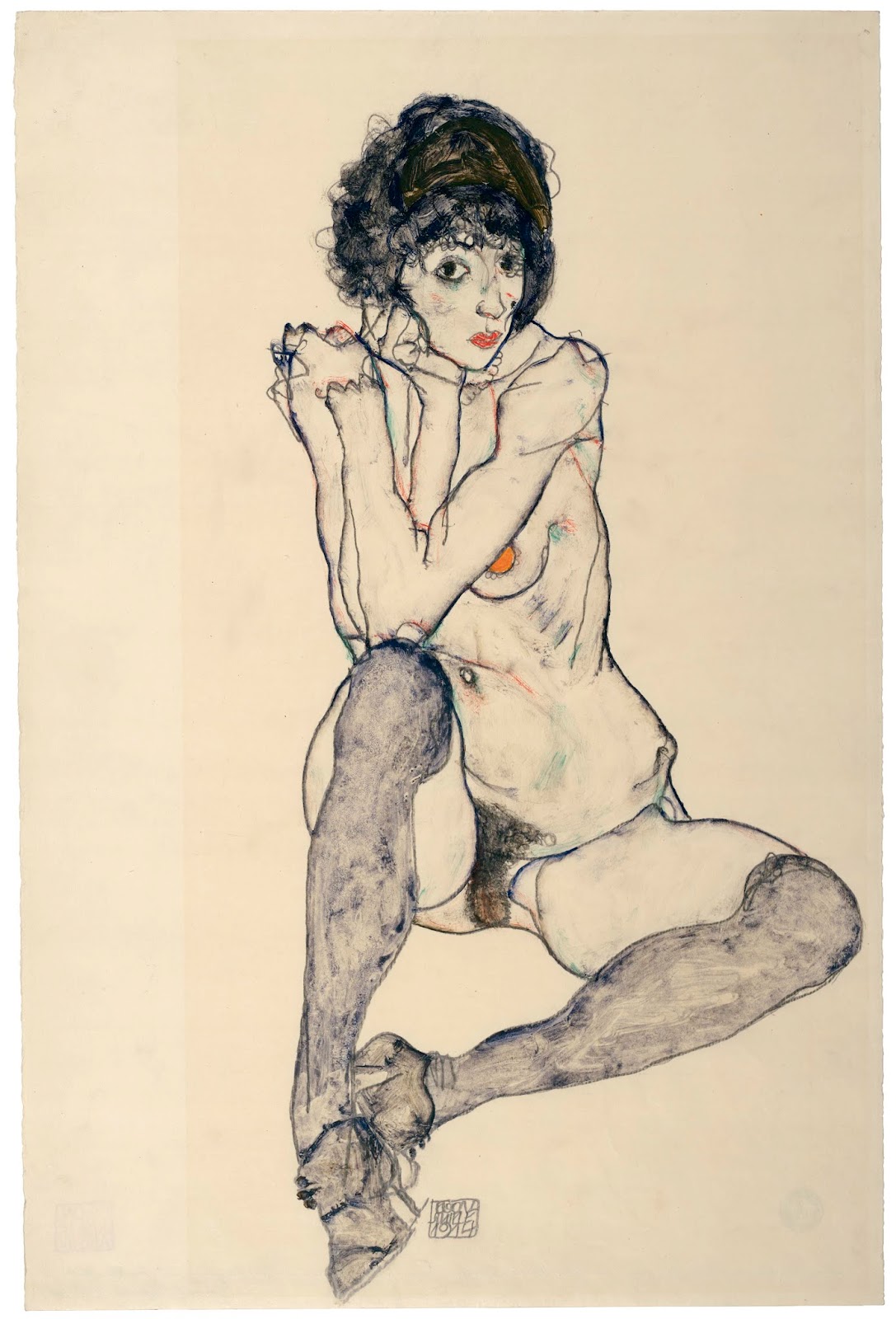