One might be forgiven for presuming us to be at the zenith of unicorn mania, with the proliferation of cute, rainbow-coloured stationery items, cuddly toys, horned hoodies and woolly hats for children – and adults (in particular, as a symbol of the LGBTQI community) – not to mention the myriad ranges of bath and shower products, soaps and perfumes. Don’t be fooled, however, for the unicorn as a “brand” has been all the rage since the middle ages, and, in fact, even dates back as far as antiquity, with the Greek physician Ctésias describing the creature, at the end of the fifth century BC, as “a large donkey with a tri-coloured horn”. 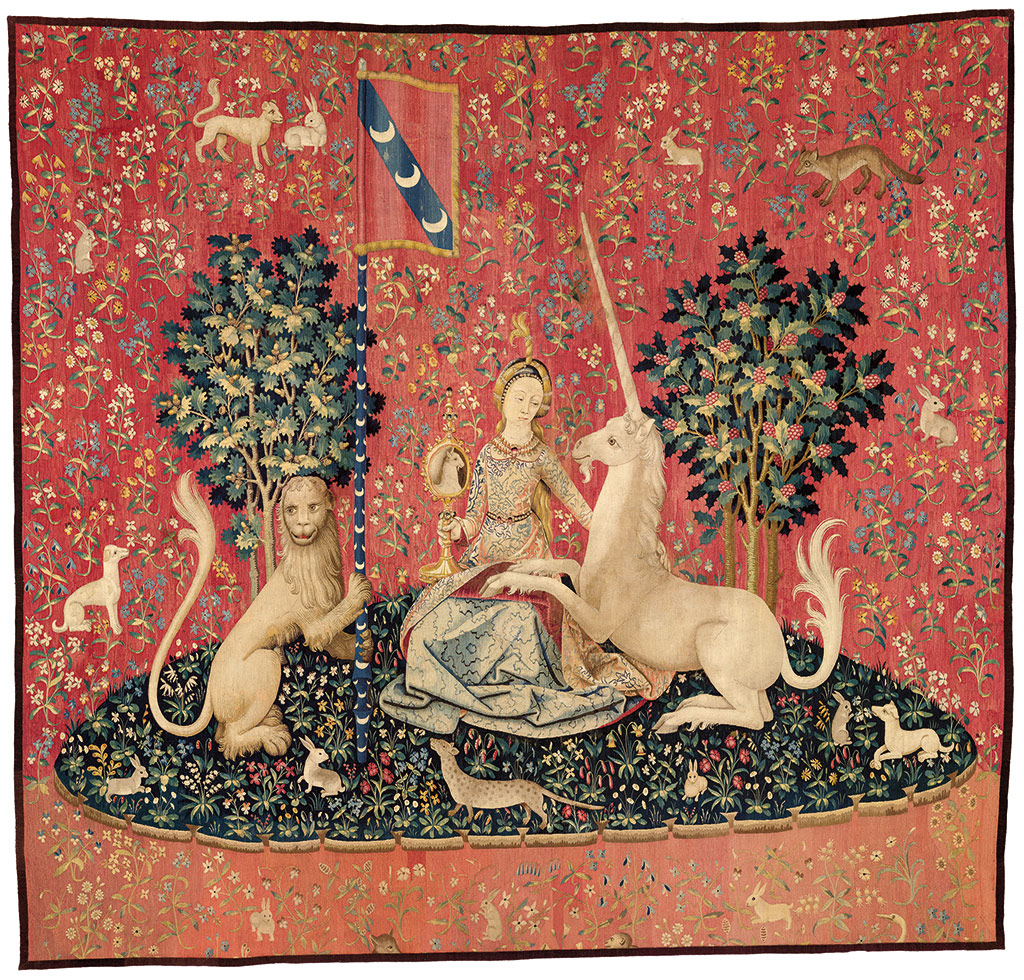 The unicorn’s previous highpoint of popular fame was in the 1500s, however, when, as a symbol of virginity, it was integrated into the religious iconography of the annunciation, where the archangel Gabriel was frequently depicted as a hunter, urging the unicorn forward towards the Virgin Mary. It was also at the start of the 16th century that the Le Viste family, members of which held key positions in the Parisian parliament of the time, commissioned a set of six tapestries – wool and silk on a sumptuous red millefleurs background and boasting about 30 different shades and colours of dye. Rediscovered around 1814, the tapestries came into the collection of the Musée de Cluny in 1882. These tapestries, The Lady and the Unicorn, form the centrepiece of this small but enlightening exhibition, which traces the history of the mythical beast from, well, when it wasn’t considered mythical, to the present day.