Review of Lotte Laserstein: Face to Face at the Städel Museum, Frankfurt

Face to face. An appropriate title for an exhibition so largely comprised of portraits – among them a large proportion of self-portraits. For, surrounded by these canvases of Lotte Laserstein (1898-1993), one feels beset by myriad pairs of eyes. She is usually categorised as an artist of Neue Sachlichkeit (New Objectivity), alongside her male contemporaries Otto Dix, George Grosz and Christian Schad, but her style is really quite different from theirs – devoid of political satire and containing far more empathy, intimacy, and, dare I say it at the risk of sounding disingenuous, femininity. 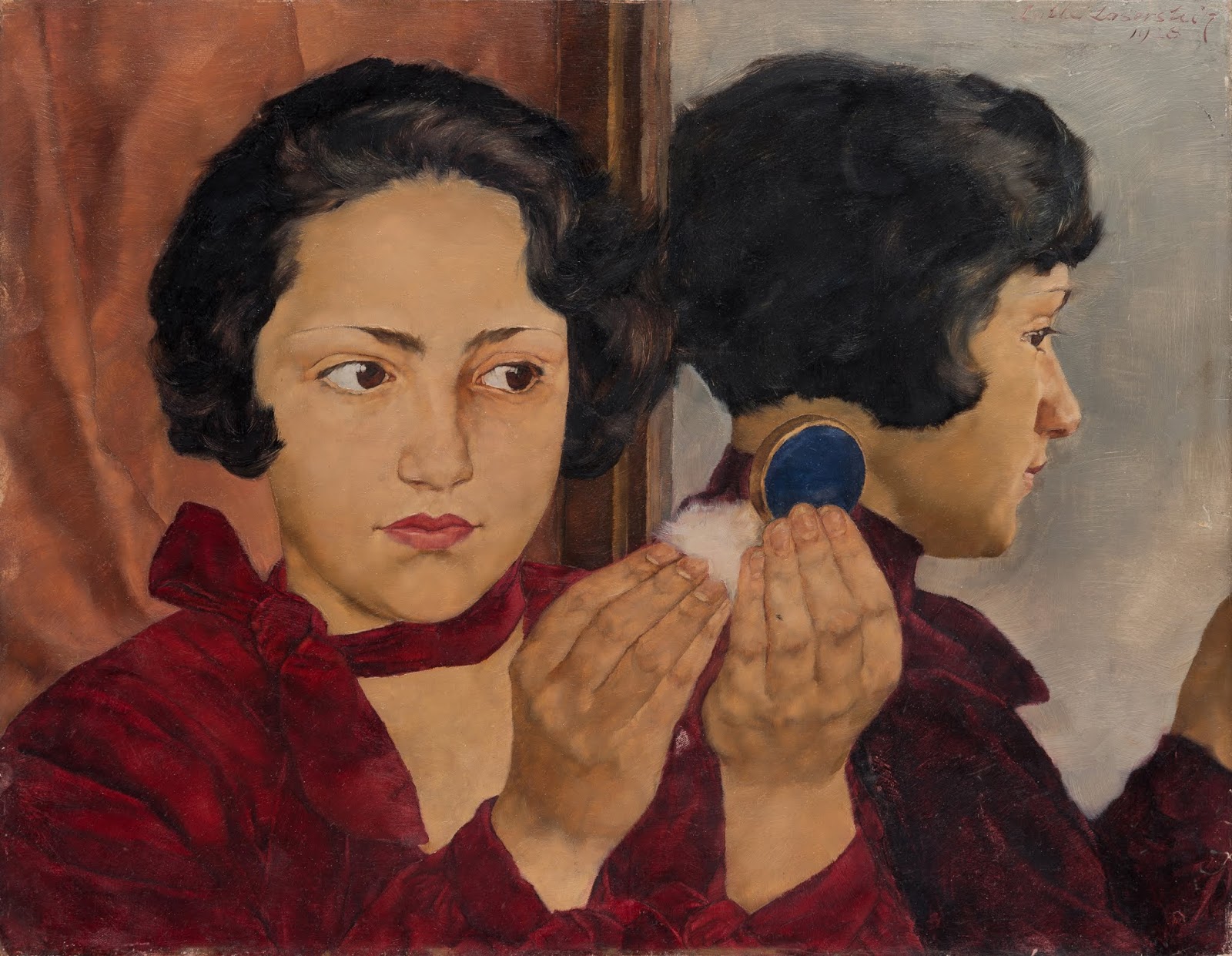 Laserstein grew up in a very female environment, with her mother, her sister, Käte, and her aunt and grandmother, following the death of her father in 1902. Fortunately, there was enough family money for both daughters to study and Laserstein was one of the first generation of women accepted into the Berlin Art Academy, in 1921 – two large charcoal drawings of male nudes evidence that she also attended life classes while there. Bear in mind that she was painting at the same time as, for example, the artists of the expressionist group, Die Brücke, and her style might seem a little old fashioned and venerating of art history – “more academy than avant garde”, as Kolja Reichert wrote in the Frankfurter Allgemeine Sonntagszeitung (23 September 2018). One hypothesis put forward by the exhibition texts is that, belonging to this first generation of educated female artists, she lacked the rebellious streak of many of her male contemporaries, wishing instead to prove her technical ability. Vermeer, for example, was one artist she openly declared to be a great influence on her, and aspects of the Dutch master’s style can be detected, especially, perhaps, in her choice of palette.