Marino Marini (1901-80) is largely synonymous with equestrian sculpture, his depictions of horse and rider having developed, from their first appearance in 1936, to reflect the artist’s changing sociopolitical and philosophical views, as well as his existential anxieties, and epitomised by The Angel of the City (1948), standing proud, horse’s neck and rider’s limbs (all five of them) erect, outside the Palazzo Venier dei Leoni on Venice’s Grand Canal. However, as shown by this touring retrospective, which opened last autumn at the Palazzo Fabroni in Pistoia (the Tuscan city where Marini was born) before moving, appropriately to the Peggy Guggenheim Collection (housed in the Palazzo Venier dei Leoni), his legacy is far greater than just this. With more than 50 of his works on display, the exhibition has been cleverly and informatively curated so as to place Marini’s work within the wider art-historical context, ranging from early Etruscan sculpture, through 15th-century Florentine works, to Auguste Rodin and even Henry Moore. Each room juxtaposes works by Marini with works by his contemporaries, or those who influenced him, highlighting the development of his thought and practice. 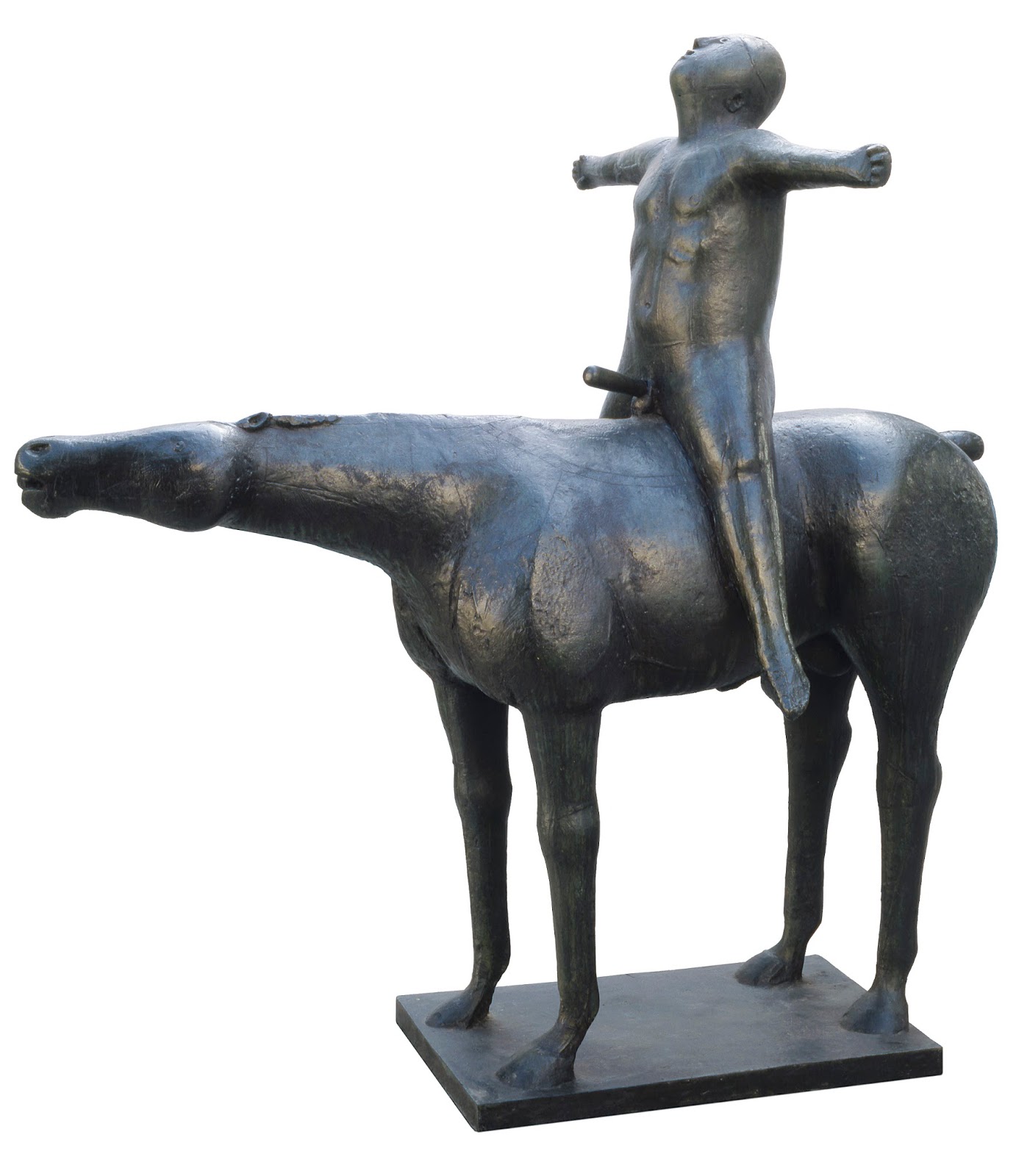