Review of Jeanne Mammen: The Observer. Retrospective (1910-75) at the Berlinische Galerie

Outside the sphere of art
historians, Gertrud Johanna Louise Mammen, known as Jeanne, is not a well-known
name – not in Germany and certainly not in the rest of the world. Yet her
output was prodigious, as the current retrospective at the Berlinische Galerie
amply demonstrates. She was born in Germany in 1890, but her family moved to
Paris where she enjoyed a carefree and progressive upbringing (including art
studies at the Académie Julian, as well as at the Académie Royale des
Beaux-Arts in Brussels). In 1914, she returned to Germany and, from 1919, worked
from a small fourth-floor, two-room living-quarters-cum-studio at Kurfürstendamm
29 in Berlin for more than 60 years, until her death in 1976. 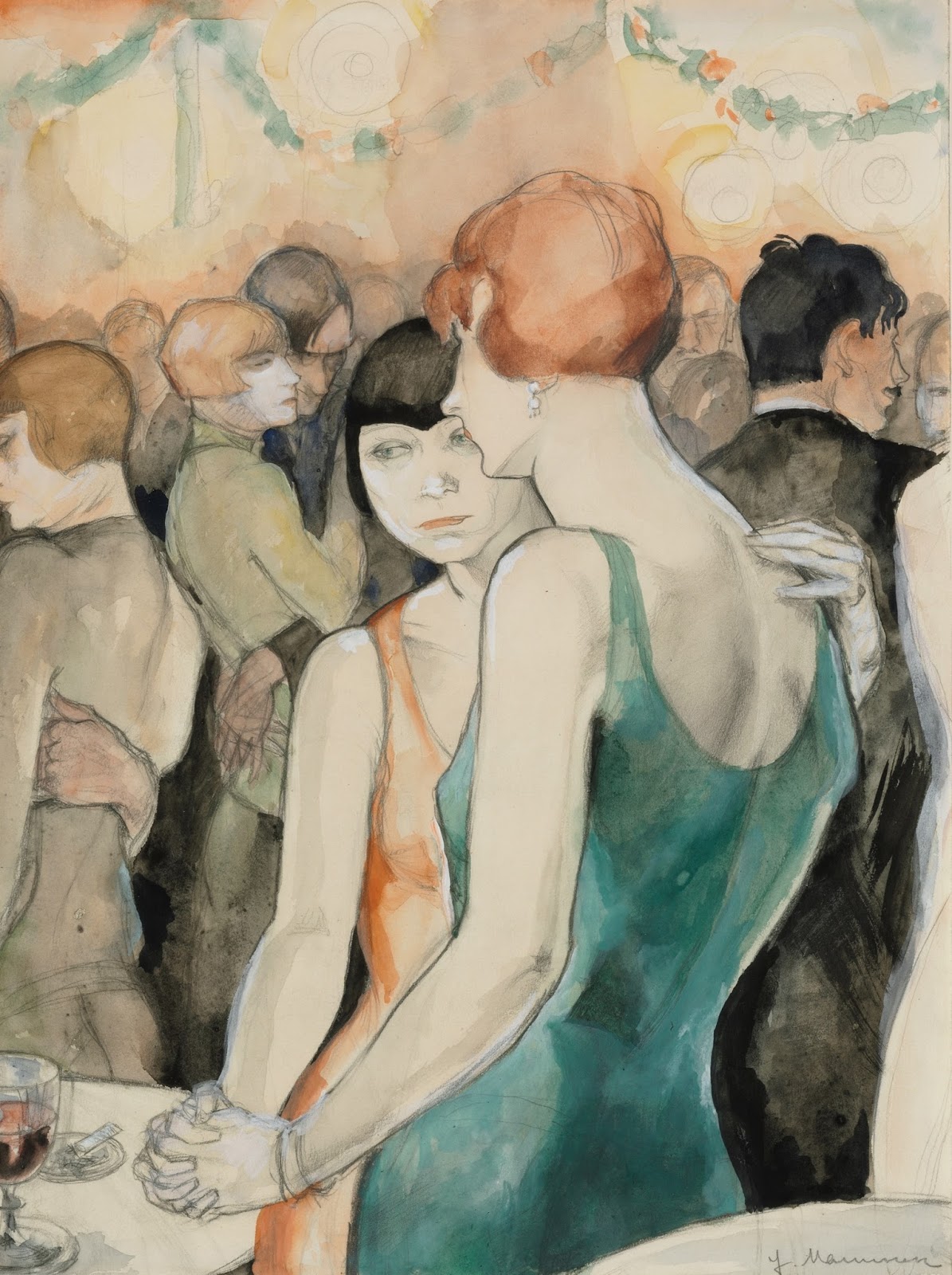 During her lifetime, she gained a
reputation beyond Berlin as a chronicler of life in the city, providing for
herself largely by designing film posters for the then booming UFA studios and selling
her illustrations to fashion and satirical magazines, including Simplicissimus,
Uhu and Jugend. Especially during the 20s and 30s, when out and about, she was
never without her sketchbook – several of which are included in the exhibition
– capturing the goings-on in cafes, bars and on the streets. Her graphic work
from this era might be likened to the new objectivity of Otto Dix or George
Grosz, but whereas their works tend towards the satirical, with an underlying
political critique, expressing pity or disdain for their subjects, Mammen’s
drawings and watercolours, while still often employing grimace and caricature,
are far more empathetic and, dare I say it, feminine, imbued with emotion, both
of her own, as onlooker, and of the relationships between those depicted. The
titles are often almost conversational, as, for example, You Have Beautiful
Hands (c1929), depicting a chatty scene at a manicurist.