Ian Hoskin had the embryonic idea for his latest
photographic project, Ladies First,
shortly after finishing his degree in 1981. He began identifying areas of
gender difference that interested him but was unable to find the right way of
translating the idea into a coherent series. Some three and a half decades
later, he has designed a workable format and structure for the body of work,
namely 50 composed scenarios making up 25 pairs of contrasting gender images.
Each image of each pair is displayed above a line of text; the texts within
each pair are almost identical, differing only with regards to the gender they
relate to: “she” or “he”. Anna McNay spoke with Hoskin ahead of his forthcoming
exhibition at Atom Gallery. 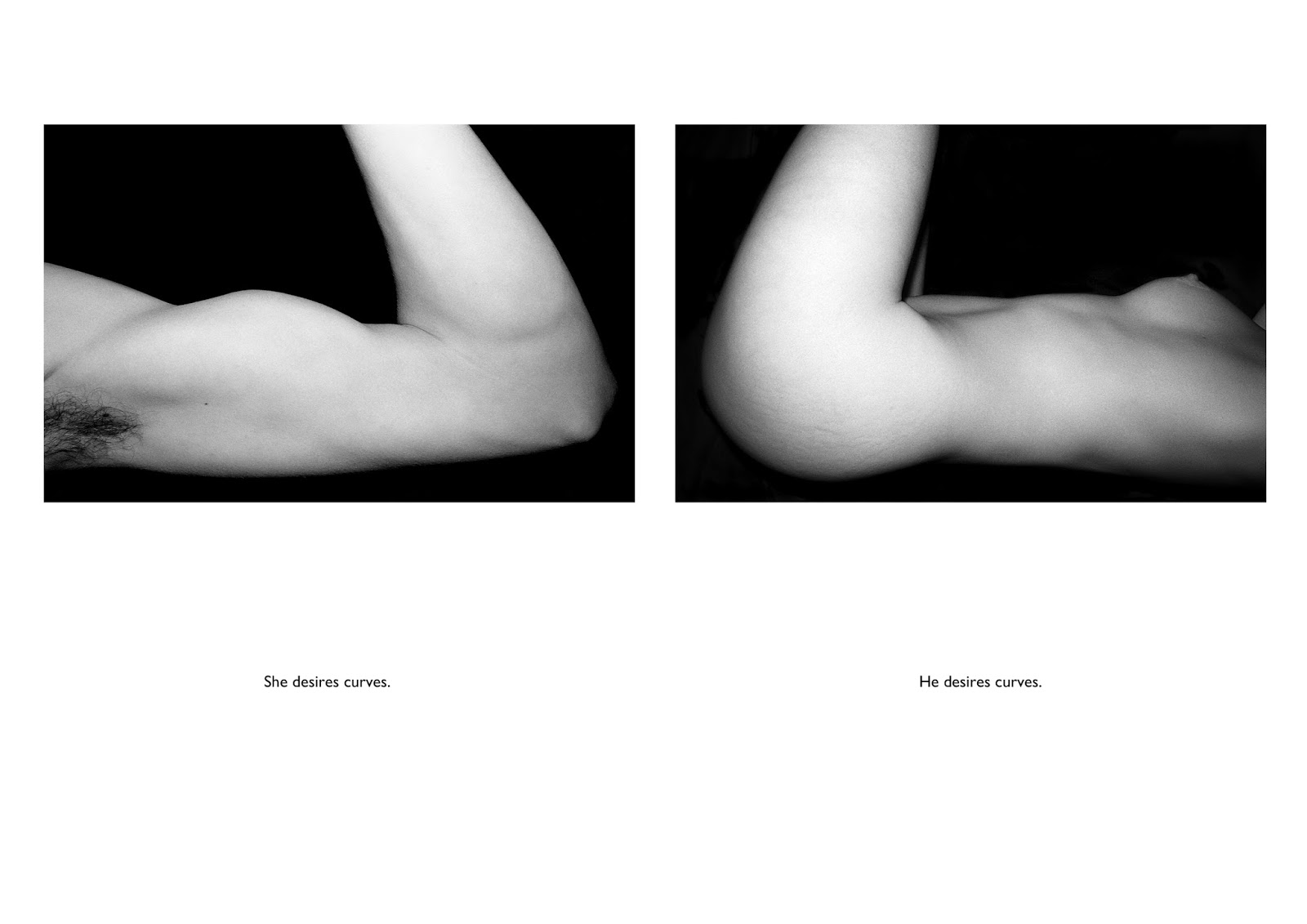