Born in Caracas, Venezuela, in 1982, Sol Calero left Latin America to
study in Europe and is based in Berlin, where, alongside her practice, she
co-runs a project space, Kinderhook & Caracas. Trained as a painter, her
work now tends to take the form of immersive installations with elements of
social interaction, such as a hairdresser with salsa lessons, or a travel
agency with real agents selling real plane tickets. Most recently, she held
workshops at the music festival Womad World of Art, getting participants to
create decorative elements for a tropical pavilion, which is now being
reassembled on the harbour arm in Folkestone,
ahead of the triennial. 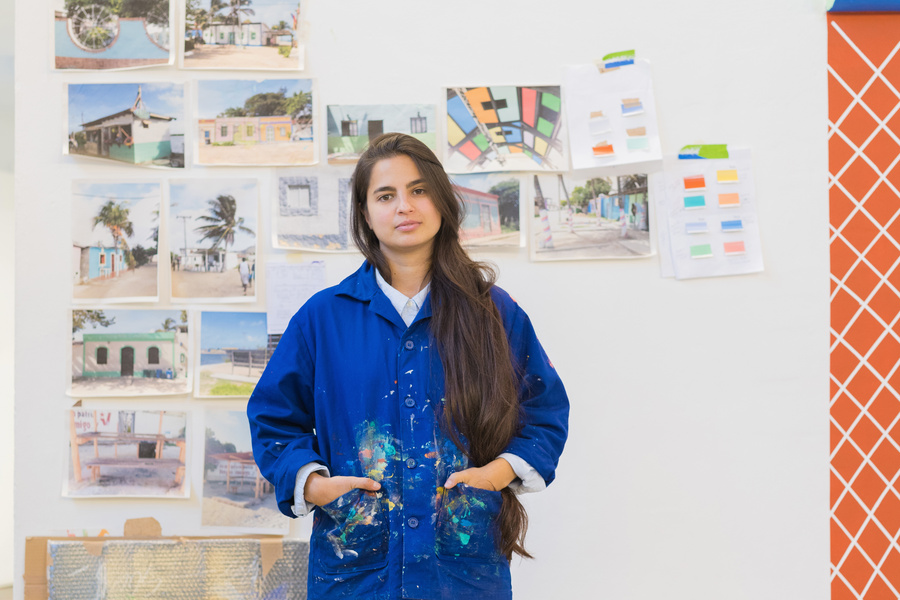 Calero is the recipient of several international awards and this year has
been nominated for the Preis
der Nationalgalerie in association with Hamburger Bahnhof, Berlin.

She spoke to Studio International about the
political concepts beneath her colourful aesthetics and the influence of salsa
on her practice.