Born in Ghana in 1985, Serge Attukwei
Clottey made his name internationally before he was finally recognised in his
own country, thanks to a new commercial art gallery, Gallery 1957. His
performances involve him and his collective, GoLokal, dressing in women’s
clothes to collect plastic “gallons” (jerrycans used in Ghana to transport and
store water), which he then cuts and uses as a mask, a canvas, or a basic
building block for his installations. They have drawn positive responses, but
also criticism from local people who do not understand the message – often
political or social commentary – of his work. Despite a pending residency in
Mexico, and being busy creating new work in between international art fairs, Attukwei
Clottey found time to speak to Studio International via Skype from Accra. 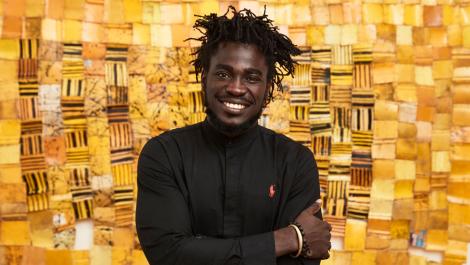