This is the first major monographic
exhibition of work by Vanessa Bell (1879-1961), and the curators, Sarah Milroy
and Ian A C Dejardin, are at pains to emphasise their wish to separate Vanessa
Bell the artist, and Vanessa Bell’s art, from the many stories and dramas
surrounding Vanessa Bell the person, as part of the Bloomsbury Group. Certainly,
her work deserves attention – “Vanessa Bell the painter was as radical as
Virginia Woolf the writer,” wrote the Guardian critic Fiona MacCarthy, when Bell’s
work was shown as part of The Art of Bloomsbury at Tate in 19991 – and she stands strong as an artist in her
own right, not just as the sister of Virginia Woolf, the wife of Clive Bell, or
the lover of Roger Fry and Duncan Grant. Nevertheless, no matter how hard one
tries – and the curators of this exhibition really have tried – her art cannot
be separated from her life. In fact, even they concede as much in the “At Home”
section of the exhibition, where they portray the complex (or, perhaps one
could argue, remarkably simple, in the way she lived them out) interpenetration
of her roles as mother, wife, lover, sister and artist. 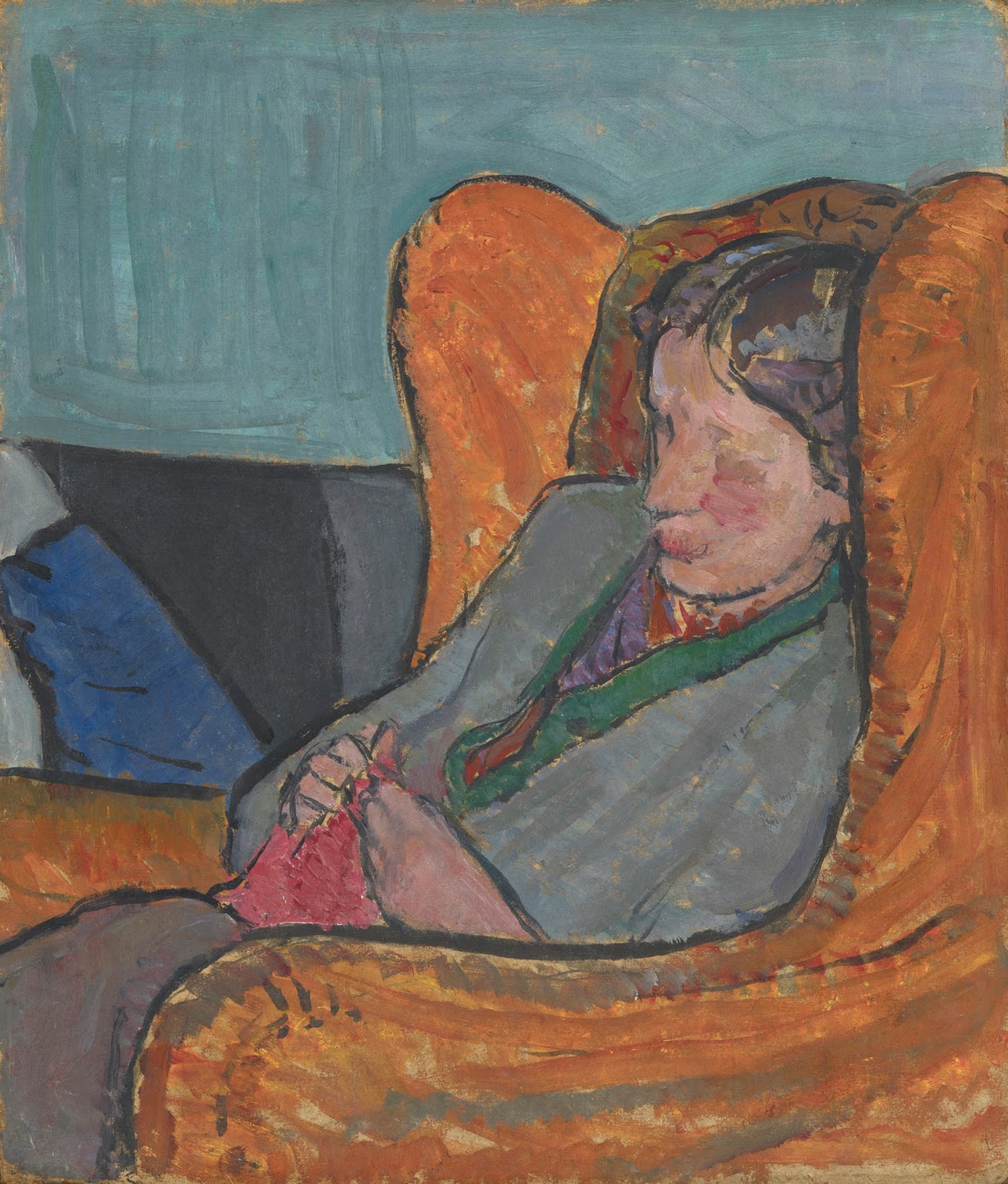