We all look for others like us whom
we can look up to, be they a celebrity, or a historical or literary figure.
Being slightly behind the Brookside Beth generation of young lesbians, I found
myself clinging to moments shared between Shannon and Mandy in Home and Away;
somehow excruciatingly sitting through the Ellen (DeGeneres) coming out episode with
both my parents (and my father never watches
mainstream television); and wallowing in the tragedy of Radclyffe Hall’s Well
of Loneliness, when I discovered (and, if I remember correctly, unauthorisedly
borrowed) a copy in the school library. Agonising as it was, this story became
personal, offering me context, affirmation and companionship. Recently, I was
on a panel with the trans artist, Simon Croft, and the trans activist and
academic, Natacha Kennedy, looking at the story of the Chevalier d’Éon, an
18th-century French diplomat, spy and soldier, who lived life variously as a
man and a woman, considering the inherent problems with re-interpreting this
history now, achronologically, as a transgender one, when this term did not
come into being until the final-third of the 20th century. It is this problem
of what happens “when a queer, transfeminine artist tries to touch, reflect on,
or rehabilitate a historical work of fiction that seems to offer them
ancestry”, that Jamie Crewe (b1987) tackles head on in their exhibition, Female
Executioner, at Gasworks, commissioned through the Freelands Artist Programme. 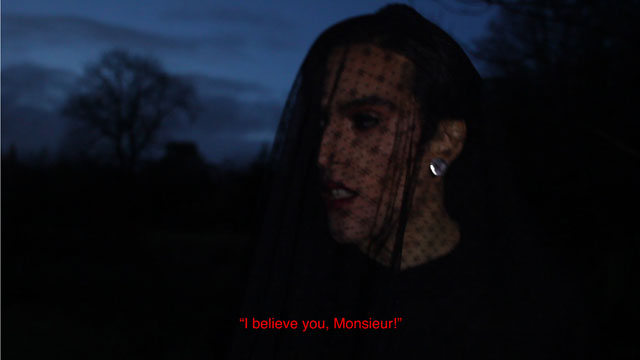