Review of Sheida Soleimani: To Oblivion at Edel Assanti

Brought up with the stories of her parents’ dramatic escapes
as political refugees from Iran, Sheida Soleimani (b1990) only discovered that
this was not the norm, at the age of six, when she began school and learned
English. Having been in hiding for three years, her father made his escape on
horseback over the mountains. Her mother was captured and held prisoner,
tortured and raped, for a long time thereafter. Finally having been released,
she and her young daughter (Sheida’s older sister) were reunited with her
husband in Ohio, where Sheida was born and brought up. At art school, Soleimani
wanted to make work about her parents’ experiences, but, on the advice of her
tutor, realised she needed to contextualise her stories. Her first major
success, National Anthem (2016), exploring
Iran’s turbulent past and present through still life and self-portrait, lost
her the right to Iranian citizenship. Her latest work, some of which is on show
in the solo exhibition, To Oblivion,
at Edel Assanti, continues in the same vein, speaking out about the
disappearances, rapes and murders of women in Iran today. 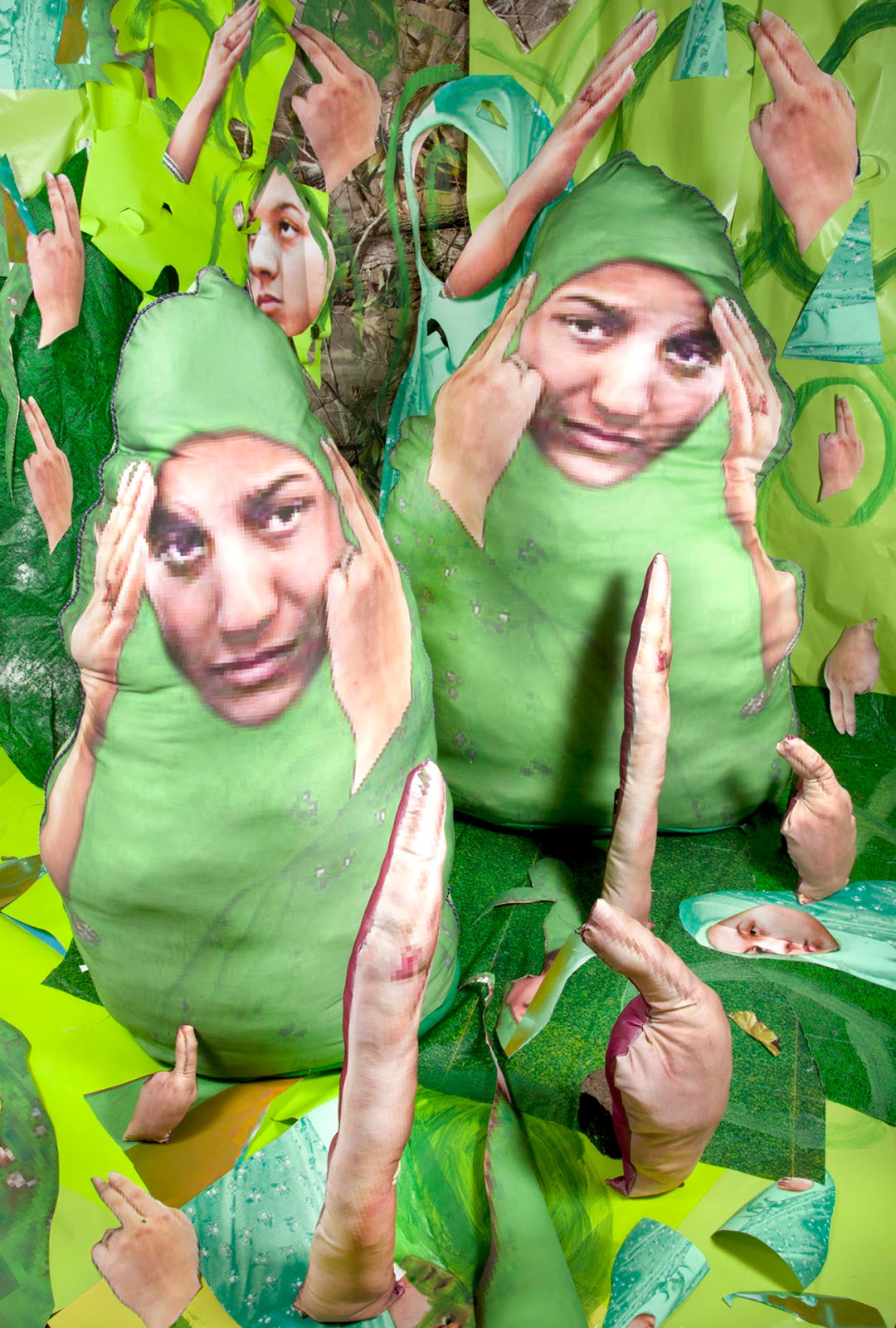