Roger Hiorns
(b1975, Birmingham) is perhaps best known for his installation piece Seizure (2008),
involving the bright blue crystallisation of the interior of an empty council flat on a housing estate near Elephant and Castle, London, commissioned by
Artangel. Originally intended to remain only for a couple of years, the
31-tonne structure, for which Hiorns was nominated for the Turner Prize in
2009, was “saved” and transported to the Yorkshire Sculpture Park, as part of
the Arts Council Collection, where it is now on semi-permanent display.
However, Hiorns’ key concern in all of his works – disparate as they might seem
– is “putting the human back into the centre of an artwork”, be that by
stuffing a falling mannequin with Heidegger text or secreted brain matter;
burying an aeroplane and allowing visitors to enter it underground; presenting
a deeply documental installation on variant Creutzfeldt-Jakob disease; or
planting two seven-metre-tall black granite furnaces on Bristol’s Temple Quay
Central as part of an Art and the Public Realm Bristol commission. 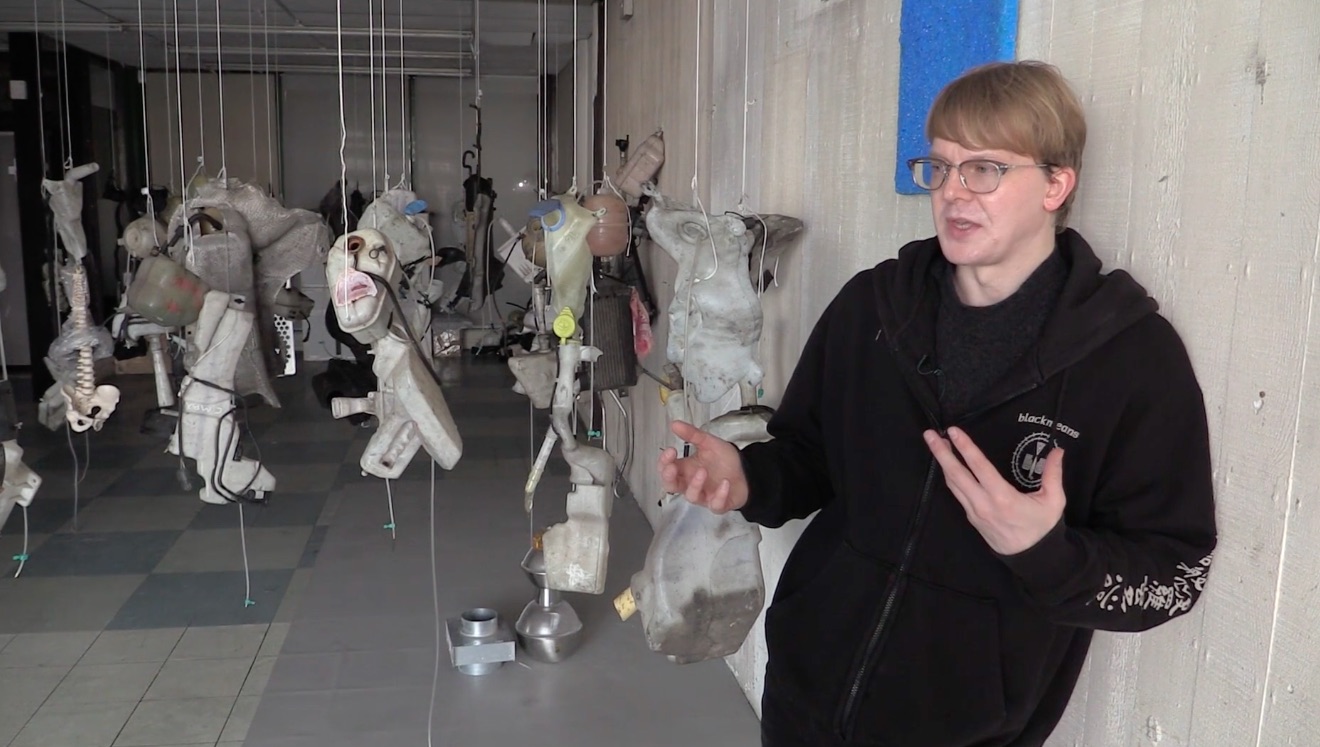 With an
exhibition opening at Ikon Birmingham, and the Bristol
project nearing its (as yet unannounced) launch date, Hiorns welcomed Studio
International to his studio on a housing estate in north London, where he
talked about some of his key projects and the ideas behind – and linking –
them.

• Roger Hiorns’ exhibition at Ikon Birmingham runs from 7 December 2016
to 5 March 2017.
More information about The Retrospective View of the Pathway can be found at Art and the Public Realm Bristol’s website.