Fabienne Verdier (b1962,
Paris) produces large, abstract paintings, characterised by bold, gestural
brushstrokes, made using enormous, suspended vertical brushes of her own
construction. She combines knowledge and philosophy, learned during 10 years
studying with old masters in China, with western expressionism, to create explosions
of movement and life on the carefully prepared, layered canvases. Her physical
and performative creative practice experiments with reproducing energy lines –
invisible forces that are continually evolving – often echoing, albeit
unintentionally, natural forms, such as branches, rivers and lightning flashes. 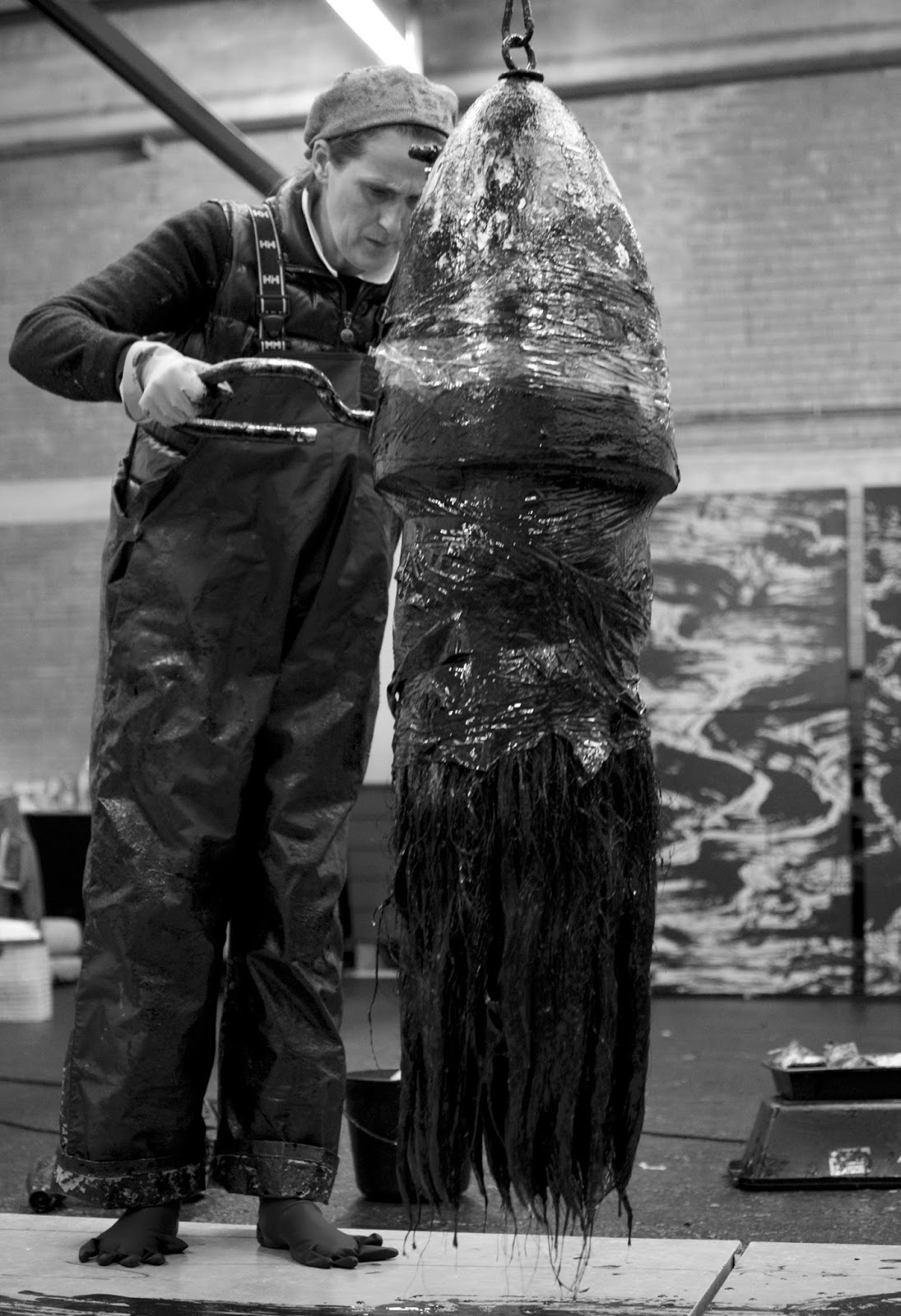 Verdier’s work has been
shown alongside a huge variety of artists, including Auguste Rodin, Willem de
Kooning, Ellsworth Kelly, Cy Twombly and the Flemish primitives, but watching
Verdier in the act of painting most calls to mind Jackson Pollock with his
vertical method of pouring, dripping and swirling the paint, using contraptions
such as turkey basters.

In 2014, Verdier was the first visual
artist-in-residence at the Juilliard School in New York, where she undertook
live studio experiments seeking to answer the question of whether painting and
music, in the moment of creation, might be “played” simultaneously. Her works
in Rhythms and Reflections, her current exhibition at Waddington Custot,
London, derive from this experiment, materialising rhythms and reflections on
the canvas. They further explore the movement of the body in space and its
encounters with lines of force in the landscape as one walks or strolls about.

Speaking to Studio International at the opening of
the exhibition, Verdier was palpably excited about her methods and
explorations, and full of creative energy.