Born in Fürstenau, in north-west Germany, Almuth Tebbenhoff (b1949), the
daughter of a hobby blacksmith with his own welding machine, moved to England
at the age of 18 , where she studied ceramics at the Sir
John Cass School of Art. Since 2003,
she has been a Fellow of the Royal
British Society of Sculptors. In 2006, while on a residency in Pietrasanta,
Italy, Tebbenhoff began to work with marble, and, since then, her practice has
spanned a variety of materials, always coming back, however, to the same
central theme of the cosmos and its overwhelming vastness – an idea she was
introduced to by her father when she was a child. 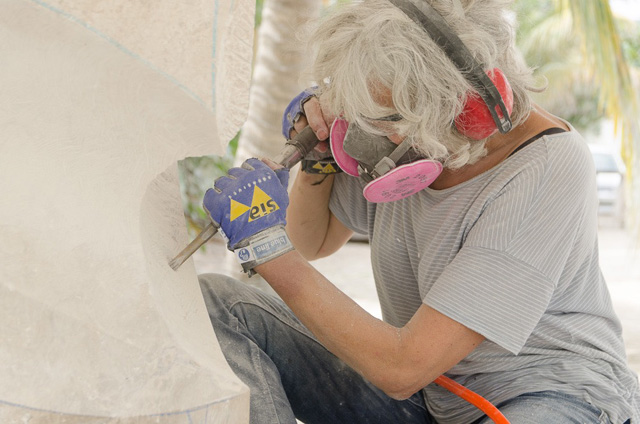 In the run up to a joint exhibition at Lacey Contemporary, London,
Tebbenhoff spoke to Studio International about this universal thematic and some
of her means of interrogating it.