Royal Academician Terry Setch
(b1936, London) moved to South Wales in 1969 to live on the coast in Penarth.
From then on in, his work has been a response to the beach- and seascapes that he
sees on his daily walks: some pieces more playful; others responding to serious
political issues, such as pollution and the Ebola crisis. 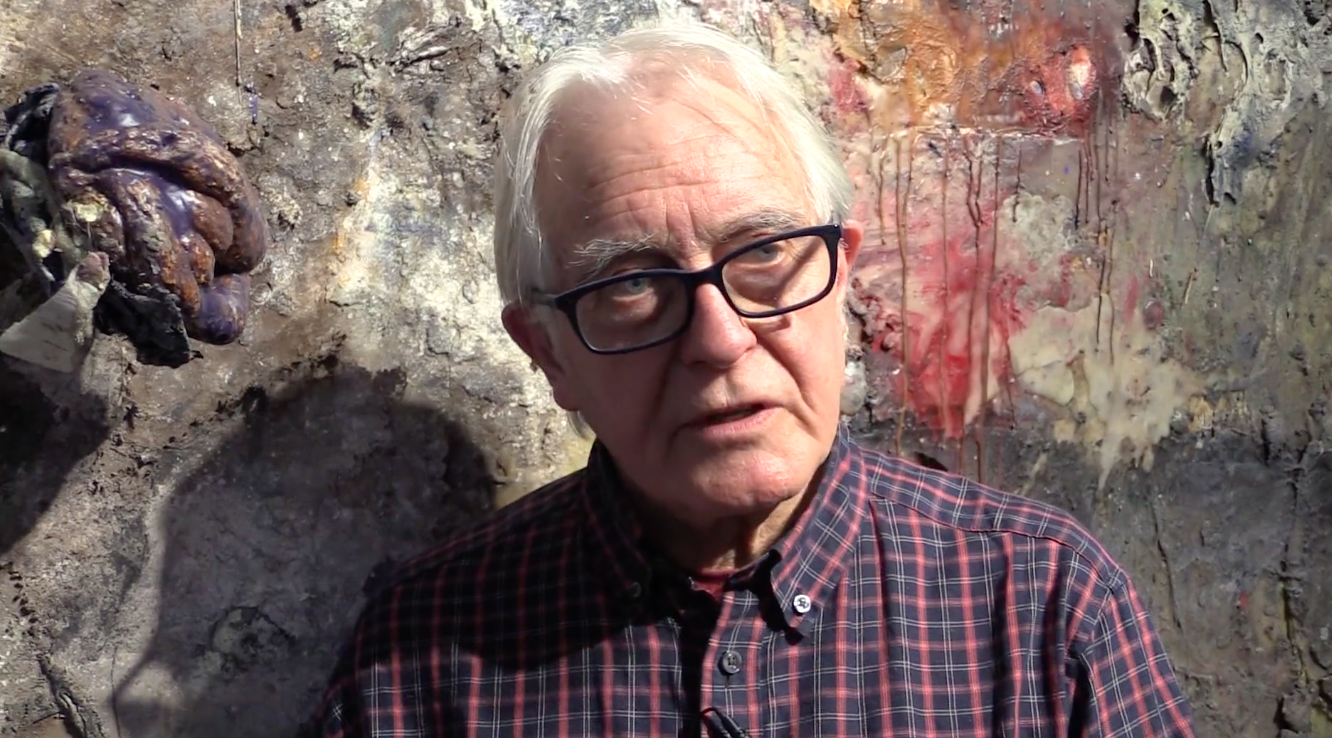 Dedicated to painting, and steeped
in the British tradition stretching back to JMW Turner, Setch seeks,
nevertheless, to extend his surfaces into and including 3D objects – often
found objects and detritus from the beach, or reconstructions thereof,
fossilised in polypropylene and wax. The result is a multi-sensual bombardment,
synthesising the natural and manmade – far more than just an abstract work, but
something that viewers can “feel” and respond to.

We spoke to Setch at Flowers Cork
Street, at the opening of his exhibition, Reduced to Rubble.