Founded in 2005 by Hannes Koch and Florian Ortkrass,
the art collective Random International, based in London and Berlin, shot to
fame with its immersive environment Rain Room, first shown at the Barbican’s
Curve gallery in London in 2013, where people queued for up to 12 hours to get
in. Taking a step back out of the limelight to focus on more research-based
projects in the aftermath, the collective is about to show the results of its
two-year residency in Harvard at Le Laboratoire, a one-of-a-kind culture lab
exploring the intersection of art and science. During the residency, Random witnessed
groundbreaking robotics research in partnership with Harvard’s School of
Engineering and Applied Sciences’ biomimetic robotics division, which inspired the artists to translate their research into the
physical form of a sculpture series. The first sculpture in this series is a
kinetic artwork made of 15 points of light, which can be recognised as the
human form in maximally 150 milliseconds. “It’s all about precision,” explains
Koch. “If you move a point to another point in space, it just doesn’t work. It
has to be like Swiss clockwork.” 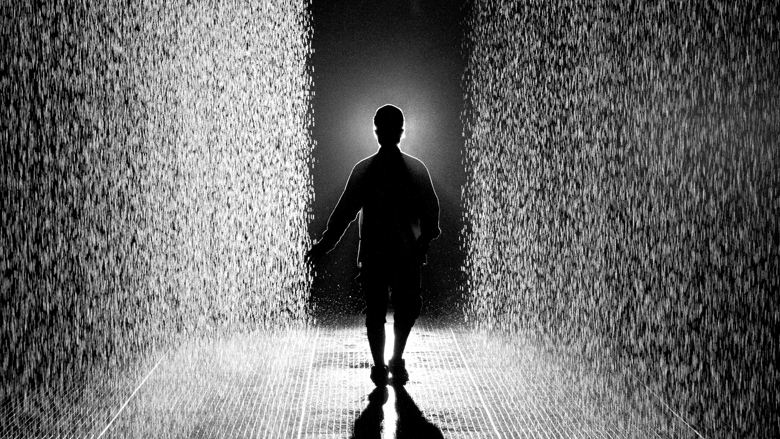 • The 150 Milliseconds research exhibition is open to the public at Le Laboratoire, Cambridge,
Massachusetts, 22 April to 25 June 2016.

• Random International will also be showing new site-specific
work as part of the exhibition Wonder Materials: Graphene and Beyond at
The Museum of Science and Industry, Manchester, from 23 July 2016, and they
have an exhibition at Pace Art & Technology (Menlo Park) opening in
September 2016.

• Their public sculpture commission at Nine Elms,
London, will be installed in 2017.