Margaret Harrison (b1940) has been at the forefront of British feminist
and activist art since her solo show of drawings and watercolours – including
images of women as hamburger fillings and Captain America with fake breasts and
high heels – was closed down on the grounds of “indecency” in 1971. Throughout
the 70s and 80s, she collaborated with her husband, Conrad Atkinson, and other female
artists, as well as working alone, to produce work documenting the plight of
underpaid homeworkers, rape victims, factory workers and more. Her work Rape
(1978) was included in the controversial 1979 Arts Council show, Lives, curated
by Derek Boshier, where it attracted a lot of attention from the press and
public alike. 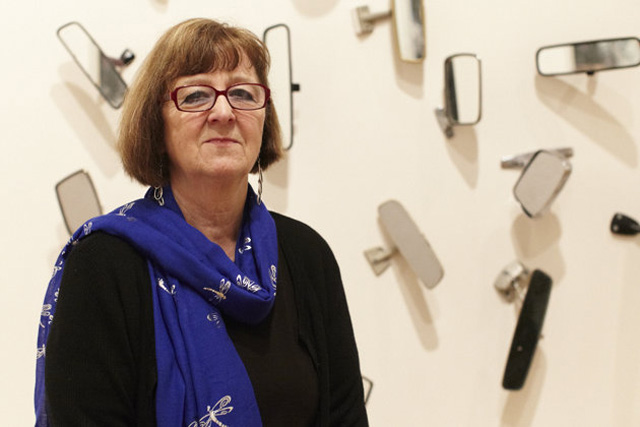 With a recent revisiting of some of her early works, winning the
Northern Art Prize in 2013, and a current survey exhibition, Accumulations, at the
Middlesbrough Institute of Modern Art, Harrison speaks to Studio International
about some of her early memories and pioneering projects.