Brought together by their common
interest in mimicry as a visual metaphor for the workings of society, Evy
Jokhova (b1984) and Amelia Critchlow (b1972) have spent the past year
communicating – sometimes face to face, sometimes by post, sometimes by social
media – sending found objects and sharing ideas, making suggestions and
trialling new methods. The result is this curious and deliberately absurd
collaborative installation at the Westminster Reference Library: a waiting room
space by Jokhova, comprising balance-challenging foam stools; a huge, draping corporate
flag; two parts of a triptych based on the British Museum’s The Three Graces;
and a strange and materially intriguing totem-cum-console providing a lectern
for an iPad, on which an eight-minute film of the artist carving a temple out
of cheese – House for a Mouse – plays on a loop. The walls of this “foyer” are
adorned with Critchlow’s evacuated collages – pages from books and magazines,
where images have been erased or cut away, “the detritus of popular culture”,
eerily unknown yet uncannily familiar. 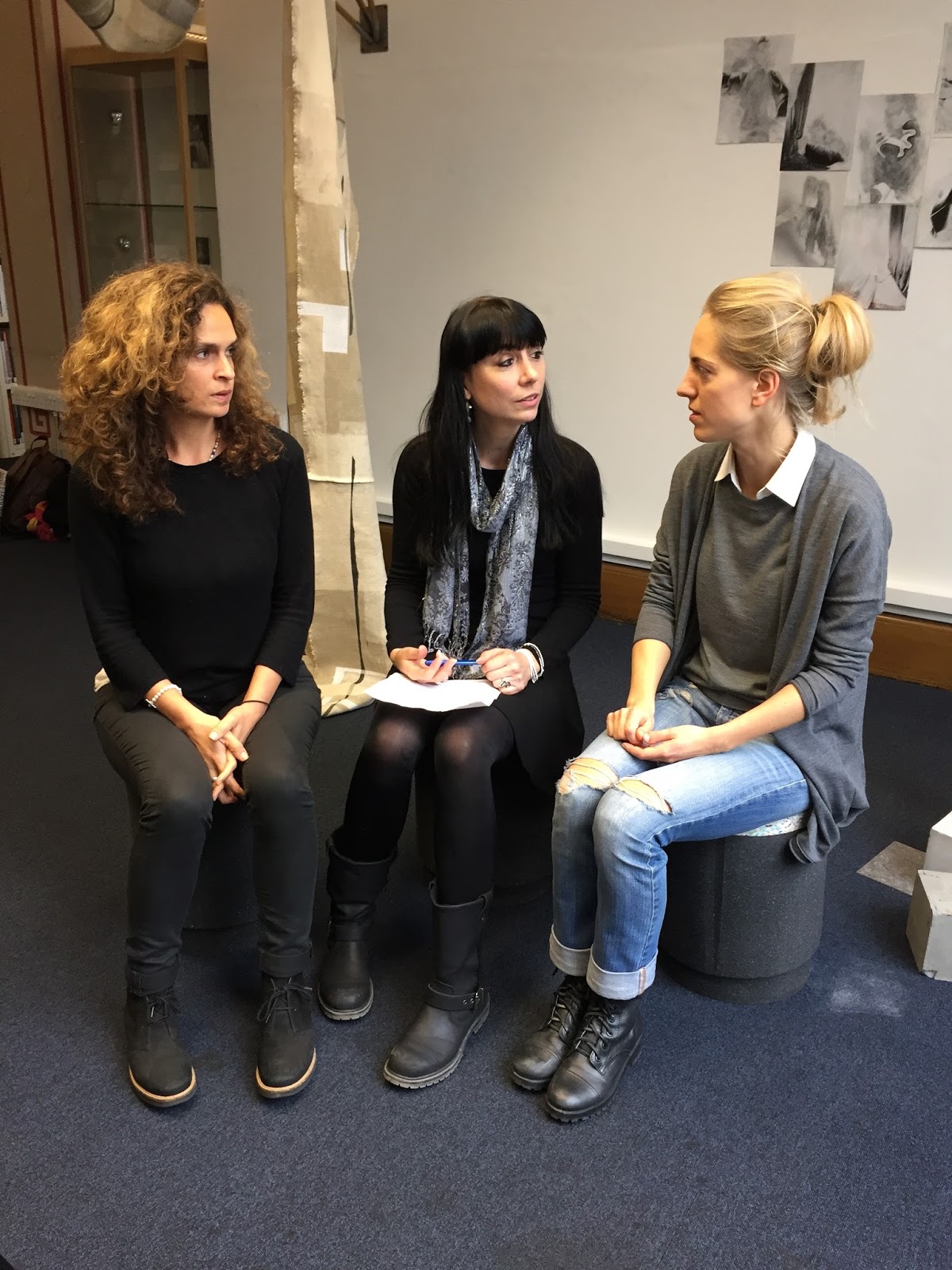 Both artists are interested in
social structures and narratives – and where they – and we – stand in these
narratives.  Through their work, they
both enact and deconstruct mimesis – from the Greek mimos, meaning an imitator or actor, or source of mimesis –
to consider the architecture, physical and metaphorical, of social order, from
antiquity to the present day.