Review of The Body as Language: Women and Performance at Richard Saltoun

The Body as Language: Women and
Performance

As early as 1918, German artist
Oskar Schlemmer (1888-1943) wrote: “The new artistic medium is a much more
direct one: the human body.” However, it was not until after the second
world war that artists began en masse to turn away from more traditional media
and show an interest in the body as a “vehicle for artistic discourse”. In the late 50s and early 60s, this
new trend for “body art” began to be exploited as a way of laying claim to
“being” and of experimenting with and creating new identities, investigating
ideas of temporality, contingency and instability. However, much art from this
period, in particular that of the Viennese actionists, has all too often been
omitted from art histories on the grounds that it is too disturbing. Even
sympathetic critics have frequently concluded that artists’ use of their bodies
in their works is sometimes little more than self-abuse or exhibitionism. In
particular, while the idea of enacting the personal as political became the
motto of feminist artists emerging in the 60s and 70s, and the use of the body
to examine the (largely male) constructed identity of femininity was widely
adopted by the likes of Yoko Ono (b1933), Gina Pane (1939-90), Carolee
Schneemann (b1939), Hannah Wilke (1940-93) and Valie Export (b1940), others,
such as Mary Kelly (b1941), whose writing and artwork have come to be
paradigmatic of a 70s and 80s “anti-essentialist” feminist postmodernism, and
even feminist commentators such as Catherine Francblin, continued to
criticise them for “colluding with the objectification of women”. 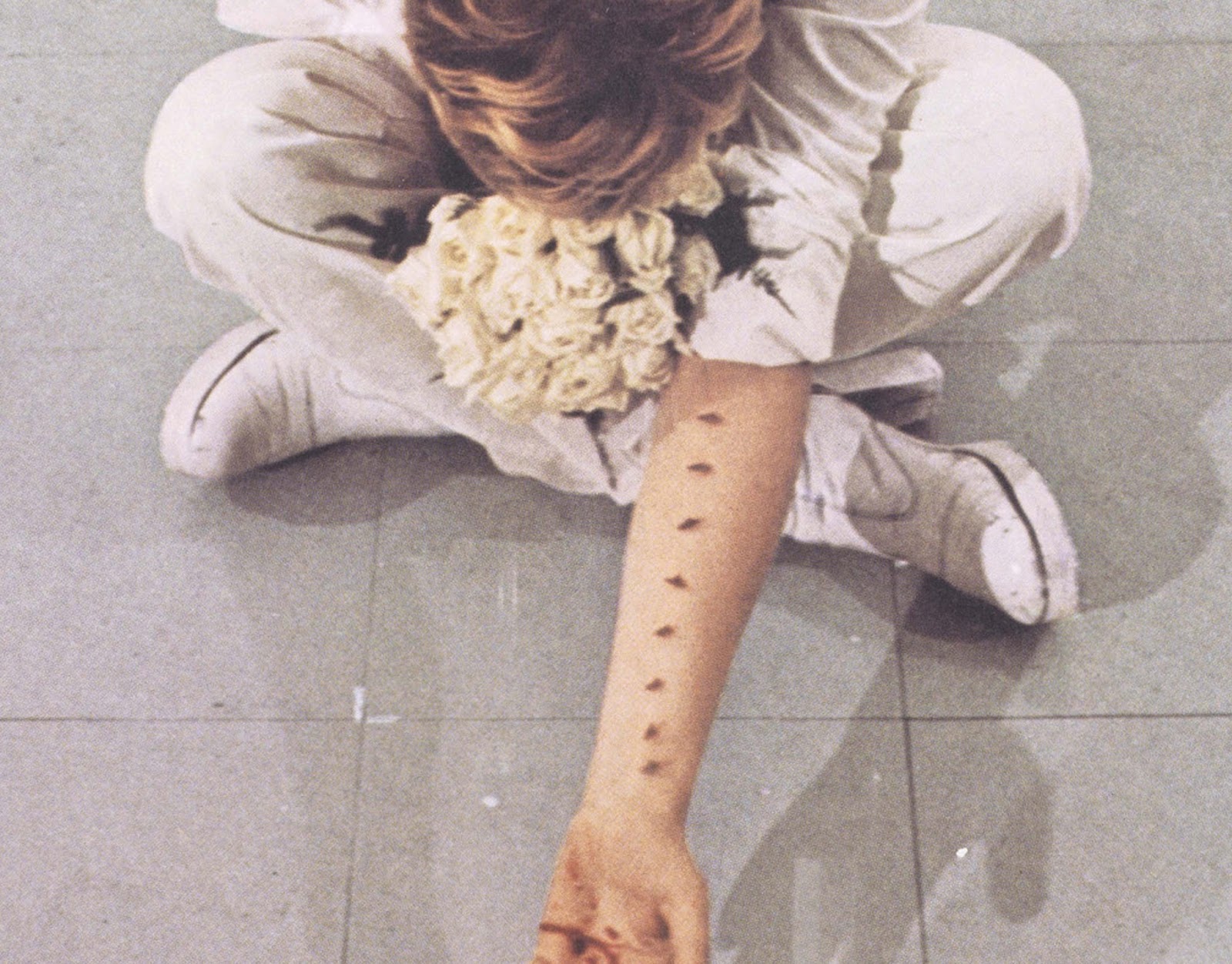 Perhaps as a result, by the late 70s, female artists had
generally moved away from the raw staging of themselves in body art projects, either turning towards photographic
self-portraiture or producing what came to be defined as performance art. While
performance art is still about the real-life presence of the artist, it is
nevertheless subtly less visceral and direct than body art proper. It became
accepted as a medium of artistic expression in its own right in the 70s, at a
time when conceptual art – focusing on the primacy of ideas over product, and
on art that could not be bought and sold – was in its heyday. Performance was
seen as a demonstration of these ideas, and dedicated spaces were created in
many international art centres. In addition, museums began to sponsor
festivals, art colleges introduced performance courses, and specialist
magazines appeared.

Lea Vergine wrote her seminal book,
Body Art and Performance: The Body as Language, in 1974, and it remains an
essential document – with texts by the artists themselves – of the birth and
development of performance art in relation to gender, the body, language and
the expression of the self. To celebrate its 40th anniversary, Richard Saltoun
has mounted this exhibition, featuring 12 female artists, past and present, all
of whom use their body as their medium.