Interview with Matthew Darbyshire at An Exhibition for Modern Living, Manchester Art Gallery

Bright pinks, luminous greens, Ikea
shelving, a soundtrack of Flashdance, Fergie and Oliver!, Matthew
Darbyshire’s largest solo show to date is a reflection of contemporary society,
its consumerist obsessions and the rise of cultural homogeneity. Comprising 10
large-scale environments from over the past decade, alongside two newly
commissioned multicoloured polycarbonate sculptures in the grand entrance hall
of the Manchester Art Gallery, the works in the exhibition show Darbyshire’s
dedication to the processes of making – and faking – it, with materials ranging
from felt to wood to Perspex. 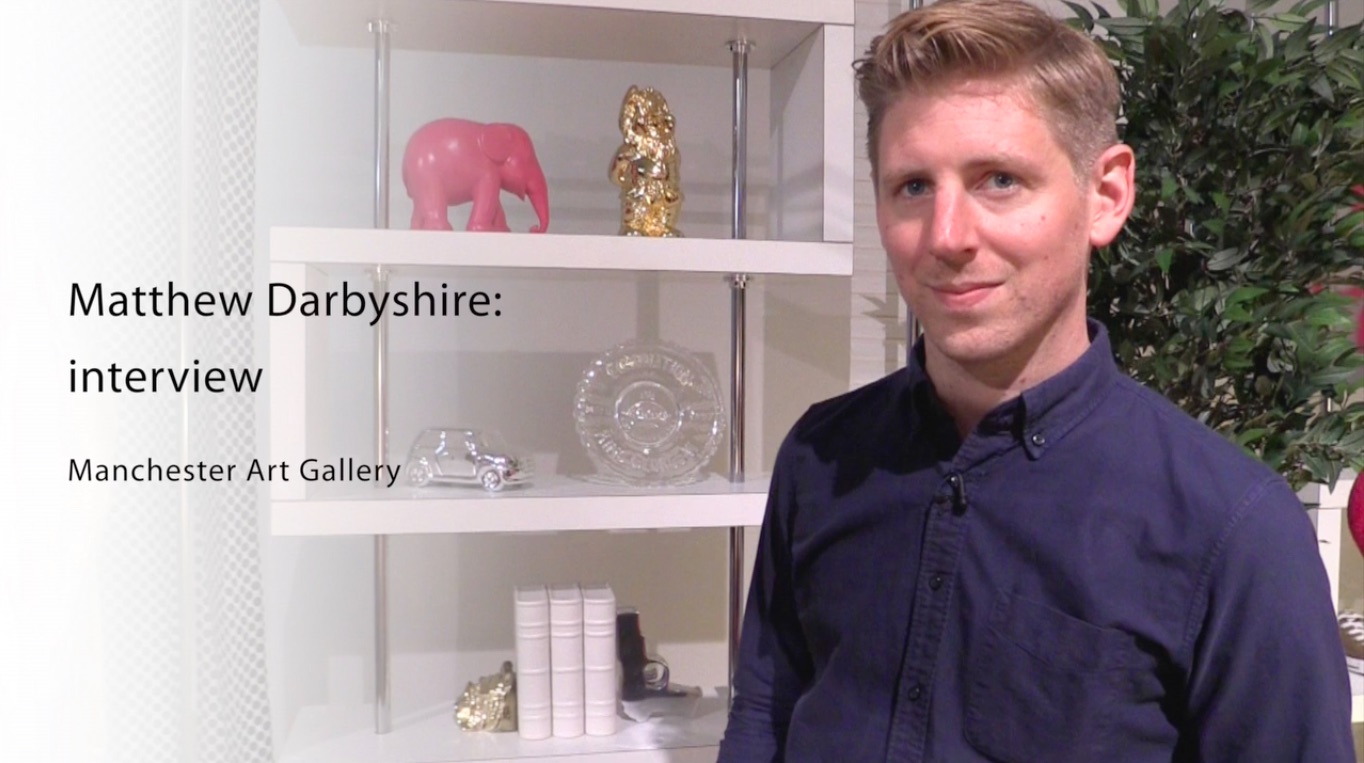 The title for this show is taken from a landmark 1949
exhibition at the Detroit Institute of Arts, which collected the best of modern
“design for living” in the context of the rapidly changing society of post-second
world war America. Darbyshire takes this concept as a starting point and
updates it for British society today, bringing together art, sculpture, design
and architecture, and questioning the political and economic agendas that
inform our contemporary taste. Particularly interesting is his commission, IP
(2013), for a shopping mall in Utrecht, where each of the nine constituent
parts reflects an element of the past, present and future, echoing the tension
in which the mall currently sits, as its use migrates from shopping venue to
place of entertainment.

Darbyshire, who, despite
appearances, doesn’t see his work as part of the pop art wave, citing Tony
Cragg as more of an influence, hopes that his installations will transcend
time, gaining in intrigue as they distance themselves from their roots. He
seeks to uncover the spirit within the inanimate object, exploring the
potential of computer generation and 3D-printing, raising questions about the
need for the artist’s hand. For now, at least, he continues to advocate its
presence.