Anj Smith: Phosphor on the Palms

With 21 paintings produced over a
three-year period, Anj Smith’s latest exhibition as Hauser & Wirth London
is her largest yet. It is also her most psychologically motivated and probing.
An artist who seeks to celebrate the medium of painting, Smith sees the figure
as a device on which to hang her concerns and her explorations of social mores.
Her paintings – deeply layered to create an intense colour and incredible
luminosity – deal with issues of liminality, androgyny, language, art history
and zoology, amongst many others. Monkeys frolic with shattered Ming vases; a
cigarette butt is revered as equal to a Van Cleef jewel; deep, dark eyes stare
out from hollow sockets. 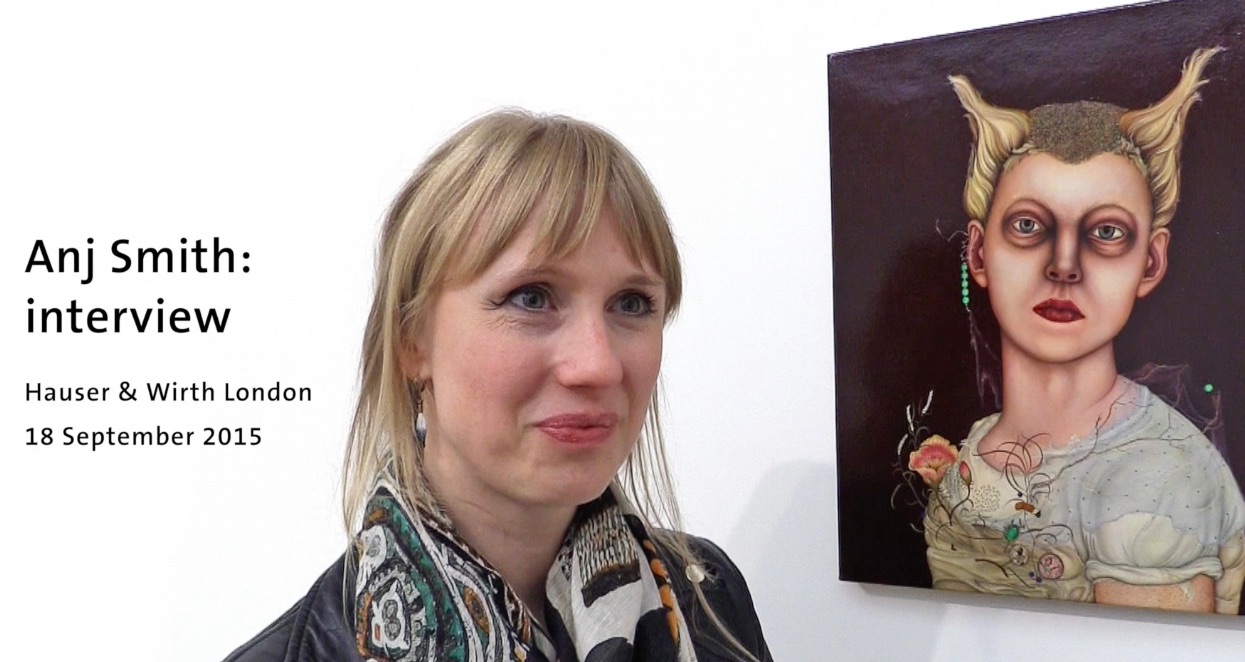 Smith’s works collapse the genres
of still life, landscape and portraiture, freely referencing those who have
gone before her: from 17th-century Dutch vanitas painters to so-called outsider
artists, Richard Dadd and Adolf Wölfli. While acknowledging the importance of
recognising where she is coming from and taking responsibility for her
references, Smith is also at pains to make work that is of our time. The
intricate detail, painted with single-hair brushes – stubble on a figure’s cheek,
a moth hidden in the stonework, translucent veins beneath the skin – is like a
reward system, whereby the viewer benefits from each further minute spent
studying the work and experiences a different painting, depending on the
perspective from which it is approached. Smith’s work can only be fully
appreciated in the flesh and this is a valiant display well worth spending some
time with.