As part of the Totally Thames
festival, taking place over the month of September and bringing a series of
arts and cultural events to London’s riverbanks, the New York artist, Anita
Glesta, has brought a mesmerising projection of brightly coloured, circling
fish to the National Theatre’s Lyttleton Flytower, visible from across the
water, as well as from the popular South Bank and the theatre’s river terrace
below. The work has been in development since 2009, when Glesta was asked to
make a piece in collaboration with Art_Port and the UN for the COP15 summit on
climate change in Copenhagen. In 2013, a previous version of Watershed was
projected on the wall of St Patrick’s Basilica in Lower Manhattan during the
New Museums Ideas City Festival. This version used carp as its dancers. For the
London version, Glesta travelled to Colombia to film the Amazonian pirarucu
fish, which is almost on the verge of extinction. She is interested, she says,
in using fish for their multipurpose characteristics. 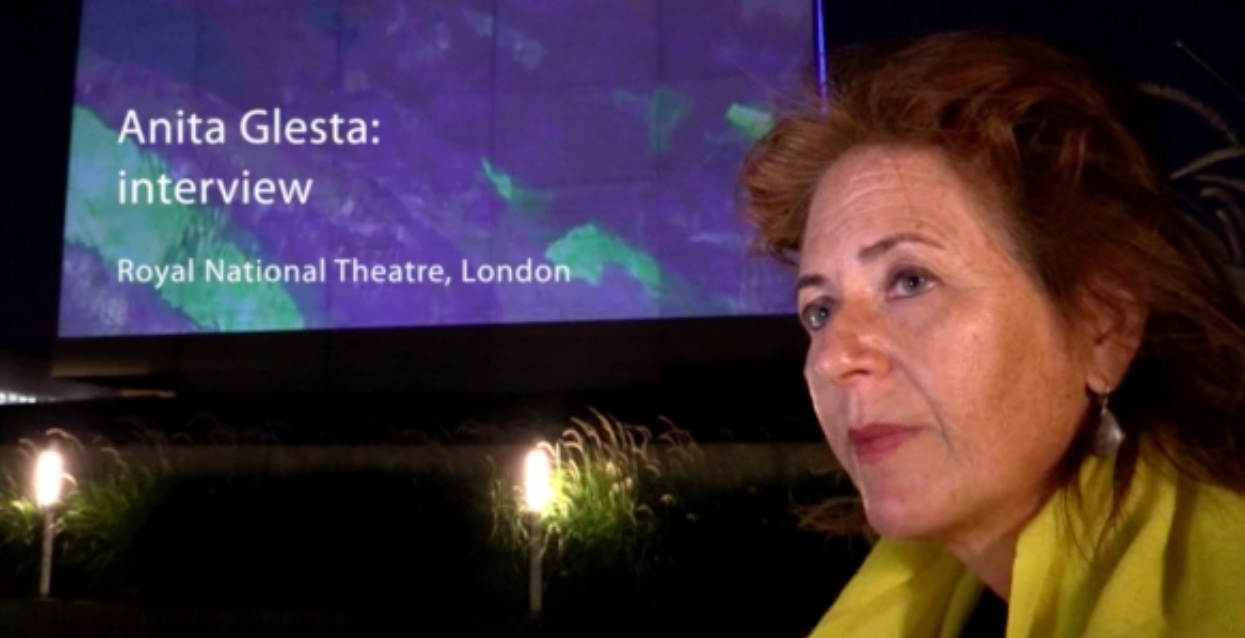 The circling motion is something
that appears in a lot of Glesta’s works, often representing women and planets.
These metaphorical readings could be carried over to Watershed as well, but the
work also functions on a much more literal and didactic level. As Glesta
explains: “I would like for this work to be a vehicle of communication,
literally like a moving image billboard.” She has carried out a lot of research
into climate change and water levels, thinking specifically about the island of
Manhattan, floating in the mouth of the ocean. After London, Glesta – a painter
by trade, but one who loves this digital medium for its bringing together of
painting, sculpture and architecture – is taking the work back to New York,
where it will become part of a much larger project. She also hopes to tour it internationally.