Interview with Sheila Hicks at the Hayward Gallery

Despite having turned 80 last summer
and boasting a successful 50-year career, Sheila Hicks (born Nebraska, 1934)
still considers herself an “outsider” artist. In fact, as she talks about this
status, it is clear that it is something she wears like a badge of honour and
is keen to hold on to for the freedom it gives her.

Hicks studied in Yale under Josef
Albers and then won a Fulbright Scholarship (1957-8) to travel in South
America. During her travels, both here and later in life, Hicks observed people
working with fibres – wool, yarn, thread, and so on – as both a pastime and a
way of life. She observed the vibrancy of different cultures and ways of life,
of different terrains and cityscapes. She observed people making things. All of these influences can be found in her work
today. 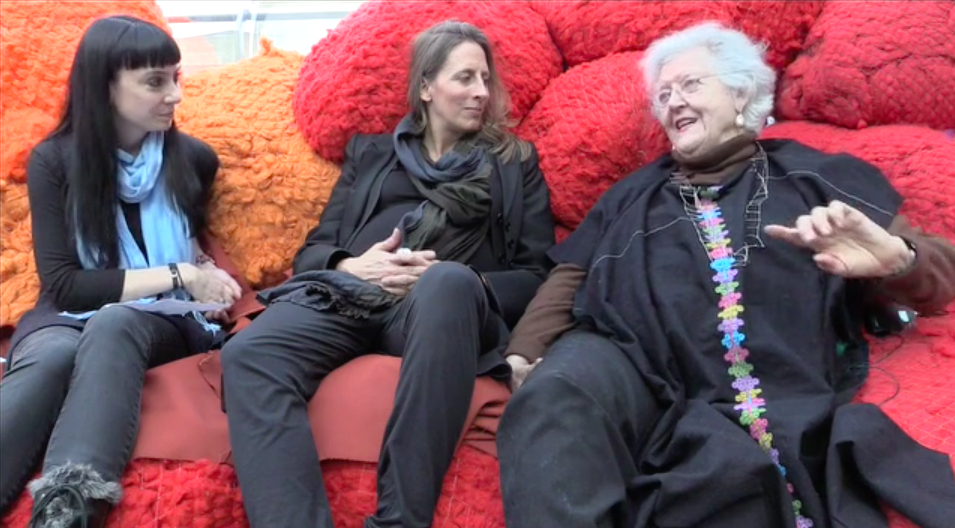 For her first solo exhibition in a UK public art
institution, Hicks has filled Dan Graham’s Waterloo Sunset Pavilion in the
Hayward Gallery Project Space with huge pigmented bales – in an attempt, she
says, to create something as exciting as London zoo. Accompanying this is a
selection of her more museum-friendly works, including some of her intimate minimes (small studies) and fibre-based drawings.

In a conversation very much led by
Hicks, and accompanied by the Hayward’s chief curator Stephanie Rosenthal, she
explains more about where her inspiration came from, the importance of
photography to her when she was travelling alone, and the difference between
carrots and radishes.

To watch this interview, please go to: http://www.studiointernational.com/index.php/sheila-hicks-video-interview-foray-into-chromatic-zones-hayward-gallery