Every 1st January, Jane Moore makes a New Year’s Resolution.
“They normally consist of giving up chocolate or starting a new sport and I
stick to them until about March,” she laughs. “In January 2014, I decided to
make a resolution that I would be dedicated to and that was to keep a Sketch A
Day journal.” And a sketch a day she did, A5 size in a Moleskine sketchbook,
even when feeling ill or having impending work deadlines. 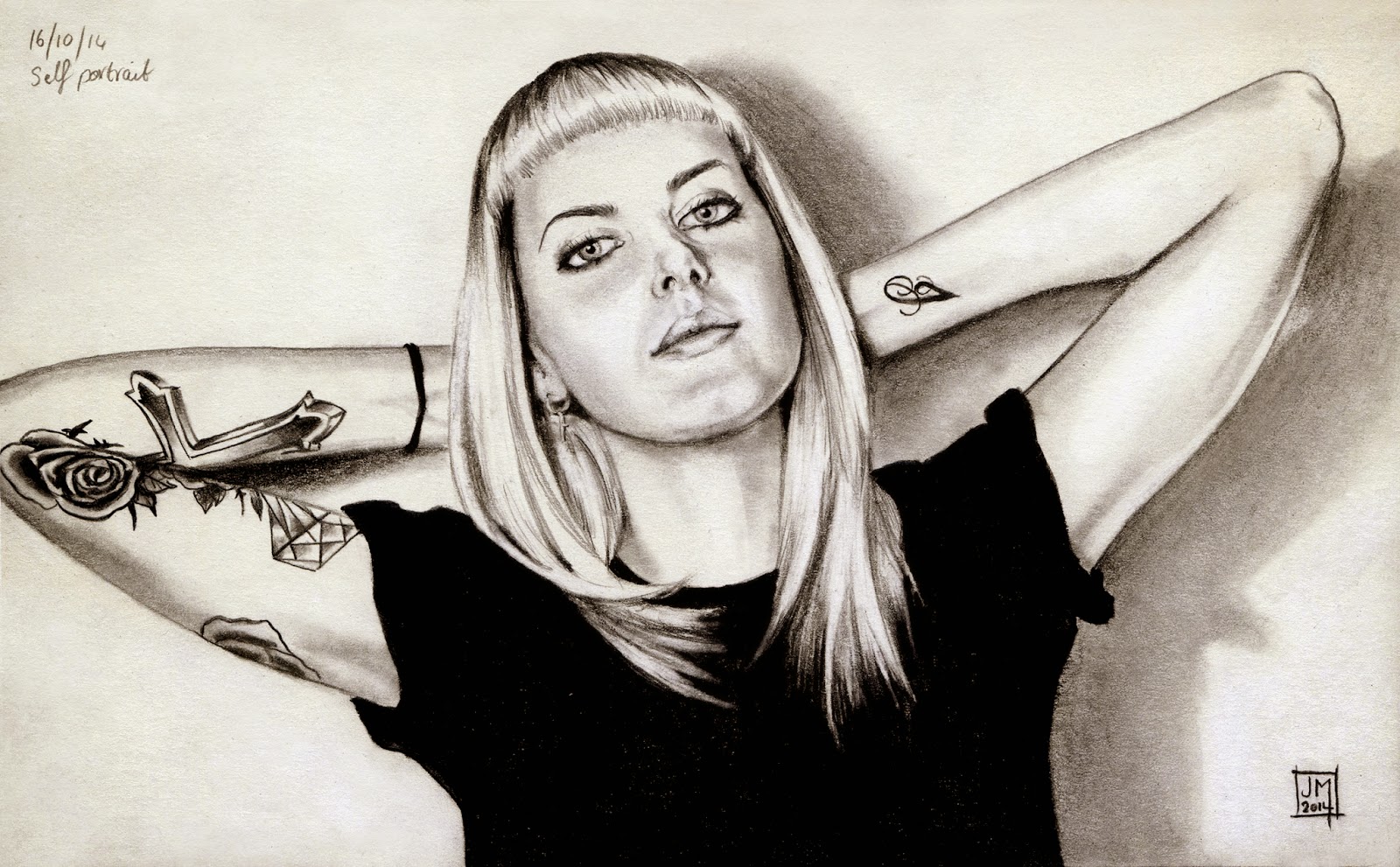 With a degree in Fashion Promotion and Illustration and some
distinguished clients to her name (think i-D magazine, RSA Films, Barclaycard
and the Royal Academy of Arts, to name but a few), the fashion influence is
apparent in Moore’s drawings, including, for example, 26/08/14: Piers Atkinson
Cherry Headband. “I used to work with Piers in the fashion team of Disorder
magazine before he became a superstar milliner,” says Moore. “I am a great
admirer of his work and I knew the red cherries would look fantastic against
the graphite.”

There are many other sources of inspiration, however, taken
from everyday surroundings, current jobs, current affairs, public figures,
family, a life drawing class, books and theatre. Androgyny and gender identity also
feature heavily.

Moore recently held a successful exhibition of her sketches
at Shapes, Hackney Wick. She also took part in the Winter Pride Visual Arts
Awards last November and her works were among those stolen during the ceremony
at Tobacco Dock. “It was really upsetting,” she admits, “as I put my heart and
soul into the drawings and they were seven of my best, including my
self-portrait. Hopefully the thieves will do the right thing and return them. I
don’t want to prosecute, I would just like my artworks back as they mean so
much to me. However, I haven’t let it affect my work. I took it as a bizarre
compliment and continued on with the project!” In fact, Moore has become so
involved that she has now decided to continue throughout 2015 as well. Watch
this space!

To see the full portfolio and enjoy the images, please see the March 2015 print issue of DIVA magazine