In the 1950s and ‘60s, Polish born Wojciech Fangor (b1928) was an
artistic force to be reckoned with. Having turned to poster art as an escape
from the social realism that dominated his homeland at that time, he became
fascinated in the interaction between colour and space. He began to work with
architects, including Stanisław Zamecznik, who instilled in Fangor an awareness
of space as an artistic material. Fangor’s ‘50s works prefigured much of the
‘60s Op Art to come, and, whereas others focused their attention on the canvas
as the primary vehicle of artistic expression, Fangor conceived of the whole
room as his playground. In his 1958 exhibition, A Study of Space, held New
Culture Salon in Warsaw and created together with Zamecznik, he installed all
but four of his 20 paintings on free-standing easels within the gallery space –
an early installation work or “whole room experience”.  The exhibition was not about individual
paintings but about the relationships between them and, by choosing a path
between the easels and wall-hung paintings, the viewer could become co-author
of a work that was not a closed structure, but an open system. 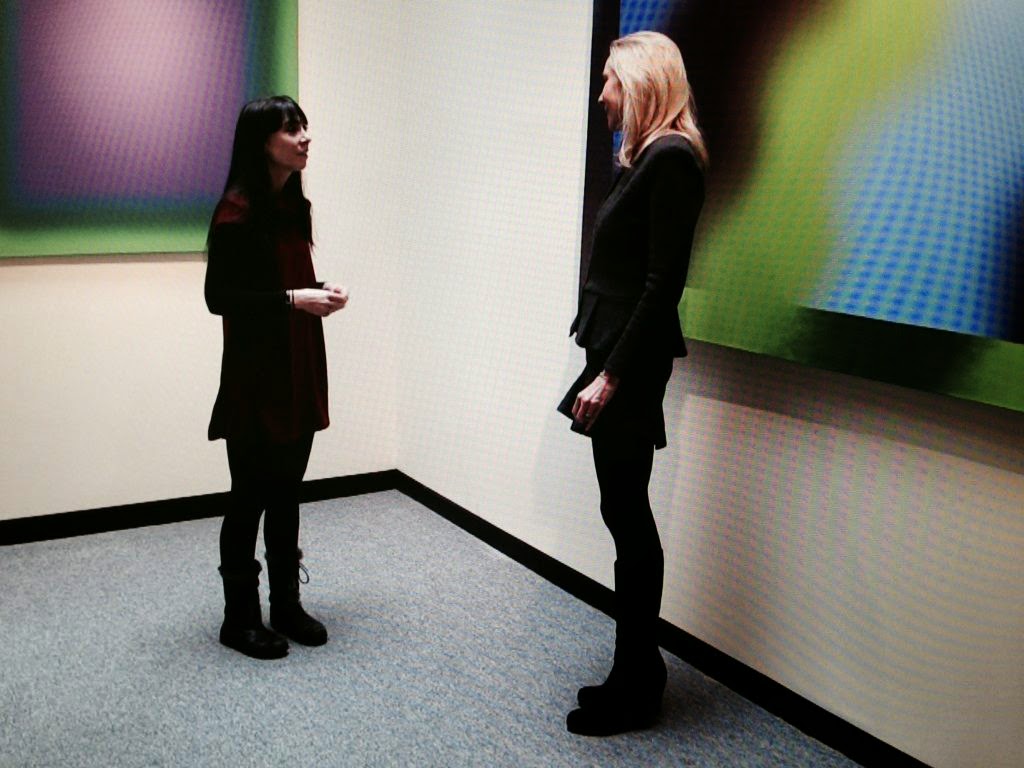 In 1961, Fangor’s work was featured in a group show at the Museum of
Modern Art, New York: 15 Polish Painters. As a result of this, he began to
become known on both sides of the Iron Curtain. Four years later, his work was
shown alongside that of Bridget Riley and Frank Stella in the seminal Op Art
exhibition at the same venue. In 1970, he was given a solo exhibition at the
Guggenheim, showcasing 37 of his works, and he remains the only Polish artist
to have achieved this to date.

The main focus of Fangor’s work from this period is to show light, its
spectrum and the chromatic effects of its separation. He covered his canvases
in coloured circles and waves, removing all figurative elements, and allowing
the contours to vibrate and create what he terms a “positive illusory space”,
projecting forwards towards the viewer.

After some time spent living and working abroad, and emigrating to the
USA in 1966, Fangor returned to Poland in 1999. As a result of this, he is,
today, little known abroad. Luckily, he has not escaped the attention of Kasia
Kulczyk or Michaela de Pury.

In an interview with Studio International at the opening of an exhibition
of Fangor’s early works, as part of the new cultural programme at 3 Grafton
Street, Mayfair, a Georgian town house owned by Kulczyk’s family, Kulczyk
explains why it is so important for her to bring Fangor’s work back out into
the public. Michaela de Pury, who has curated the exhibition along with her
husband Simon, also speaks to us about the attraction of Fangor’s work and how
she would like to take it further afield.

To watch this video, please go to: http://www.studiointernational.com/index.php/wojciech-fangor-colour-light-space-kasia-kulczyk-michaela-de-pury-interview