Review of William S Burroughs: Can you all hear me? at October Gallery

William S Burroughs: Can you all
hear me?

A novelist, short-story writer,
essayist, heroin addict and accidental killer of his second wife, Joan Vollmer,
William S Burroughs II (1914-1997) was a key figure of the Beat Generation. Described
in the 2003 Penguin Modern Classics edition of his semi-autobiographical novel Junky
as “one of the most politically trenchant, culturally influential, and
innovative artists of the 20th century,” his radical ways of thinking and
passionate attempts to deconstruct control systems have profoundly influenced a
great many artists in his wake, sending repercussions throughout popular
culture and the visual arts, as well as the field of literature. Indeed,
alongside his novels and novellas, six
collections of short stories and four collections of essays, Burroughs
also collaborated on projects and recordings with numerous performers and
musicians, made many appearances in films, and was himself a photographer, collagist
and painter. During the
last 15 years of his life, when he lived relatively peacefully in Lawrence,
Kansas, near to where he grew up, he produced a large body of visual art,
although this remains far less widely known than his written work. 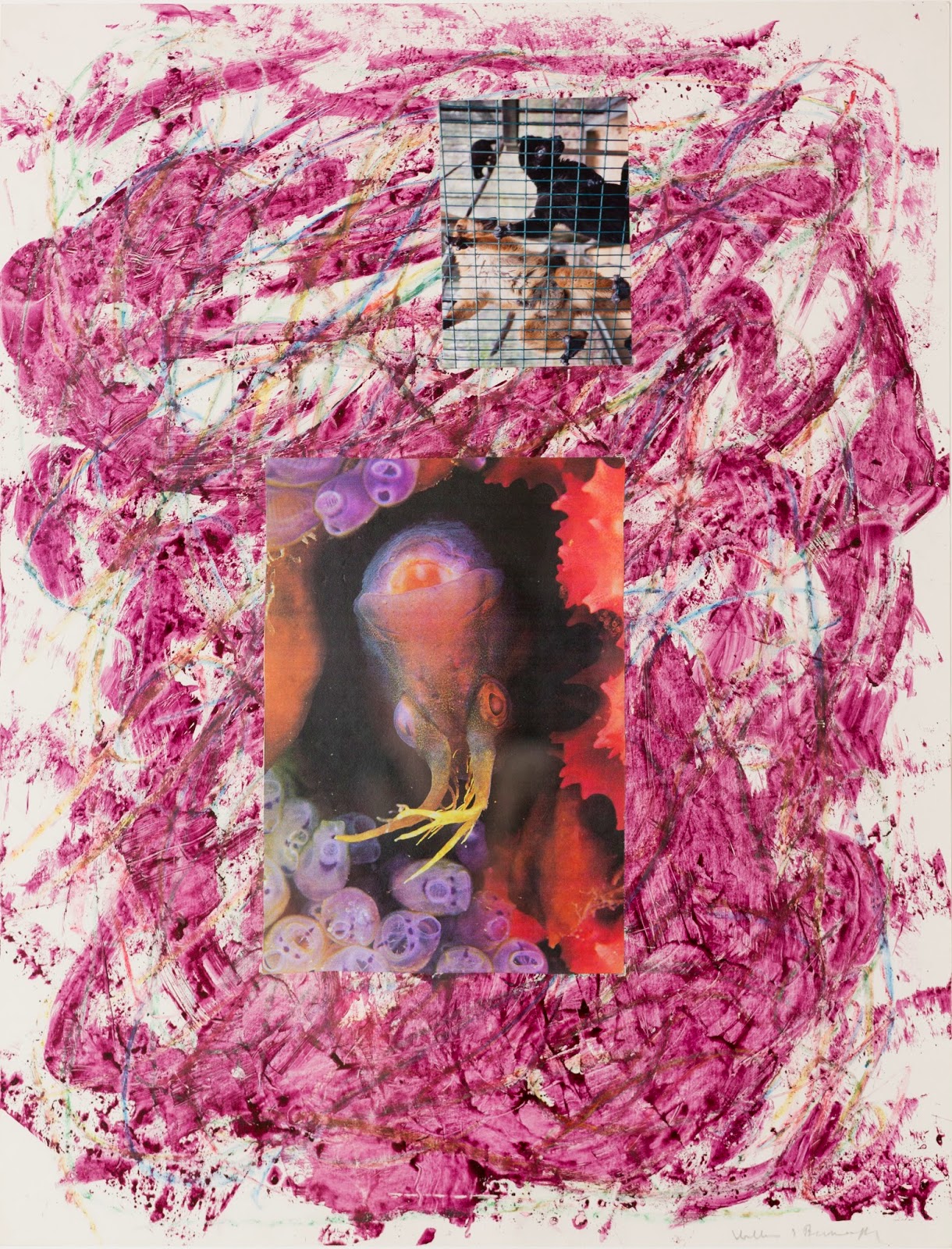 While living in London in the late 60s and early 70s, Burroughs
made strong connections with many noteworthy figures of the British art scene. The
founders of the October Gallery worked with him from 1974, and in 1988 hosted
his second solo exhibition, his first outside the US. It is fitting, therefore,
that at the conclusion of the centenary of his birth, the gallery opened this exhibition
of 25 of Burroughs’ visual works, displayed interwoven – collaged almost – with
15 works by artists he influenced.

To read the rest of this review, please go to: http://www.studiointernational.com/index.php/william-s-burroughs-can-you-all-hear-me-centenary