“I wanted to create an
exhibition that interrogates the act of listening itself, rather than merely
its aural objects,” says Sam Belinfante of the group show that he has curated
as the latest in the Hayward Touring Curatorial Open series. Adamant that this
is not a “sound show”, but something theatrical, involving intricate
choreography and bleeding between the works on display, Belinfante took time to
discuss each work’s placement with its artist. A visual artist, musician and a
student of the voice, Belinfante’s practices feed into one another and the
result is a self-reflexive, engaging and impressive show, featuring some of the
key figures in aural art today. But don’t be misled: not all the works included
make a noise. Studio International met with Belinfante at Baltic 39 for a tour
of the show and to talk about the role of listening in the visual arts and the
particular challenges associated with mounting such an exhibition. 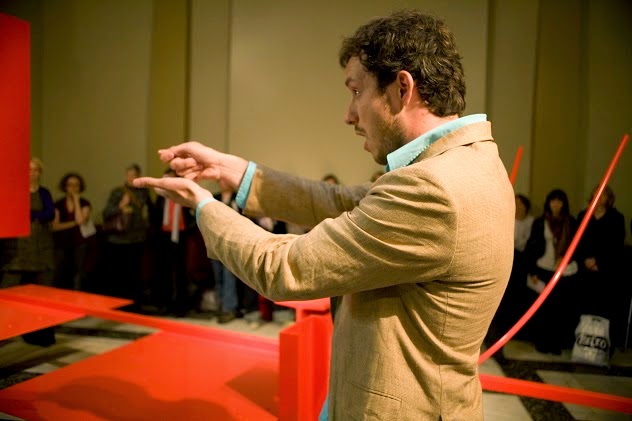 To read this interview, please go to: http://www.studiointernational.com/index.php/sam-belinfante-interview-curator-listening-hayward-touring-exhibition