Dutch-Monagesque artist Adeline de
Monseignat’s work is greatly influenced by Sigmund Freud’s concept of the uncanny.
For her current exhibition at the Ronchini Gallery she has created a
large-scale installation exploring childhood memories.

Taking the exact measurements of
the bedroom in which she grew up, she has recreated the space using the red-and-white
striped awning from her family home as the walls and her old blue-and-white
striped bed linen. 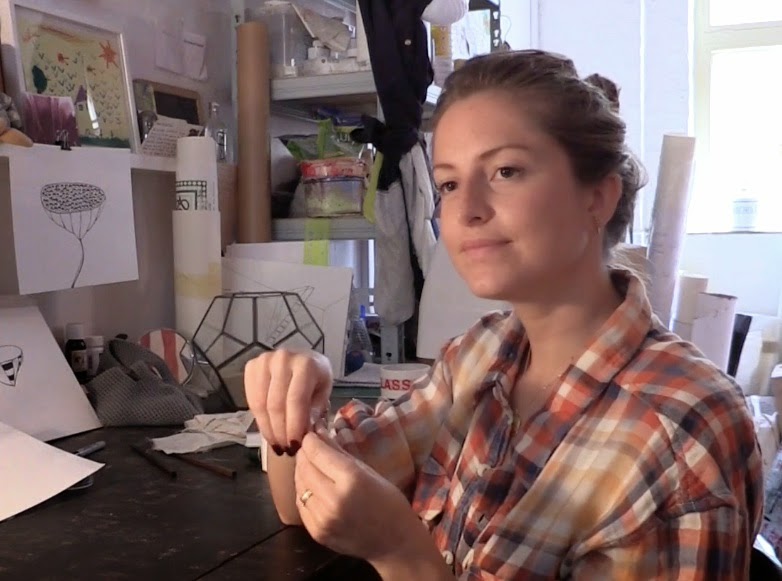 Nestled in the bed – which itself
is surrounded by partially built walls, comprising material-wrapped bricks and
oddly angled mirrors – is a family of what the artist refers to as “creaptures”.
Now recognisable as De Monseignat’s motif, these glass spheres filled with
vintage fur call into question the distinction between animate and inanimate
objects.

This particular arrangement pays
homage to Louise Bourgeois’s marble sculpture Cumul (1969). The installation is
strangely claustrophobic, at once familiar and strange – indeed, the epitome of
the uncanny.

Studio International met De Monseignat
in her south London studio a few weeks before her exhibition to see the work in
progress and to talk about some of the ideas that inspire her.

To watch the video of this interview, please go to: http://www.studiointernational.com/index.php/adeline-de-monseignat-home-creatures-ronchini-gallery