Just what do lesbians do in bed? According to classical
paintings, they hover close together, arranged in aesthetically pleasing
contortions, apparently enjoying blissful arousal by barely touching.
Typically, they will bedded in a pleasant pastoral landscape or ancient marble
Mediterranean Palacio, with Cupid and his various cherubs hovering nearby. 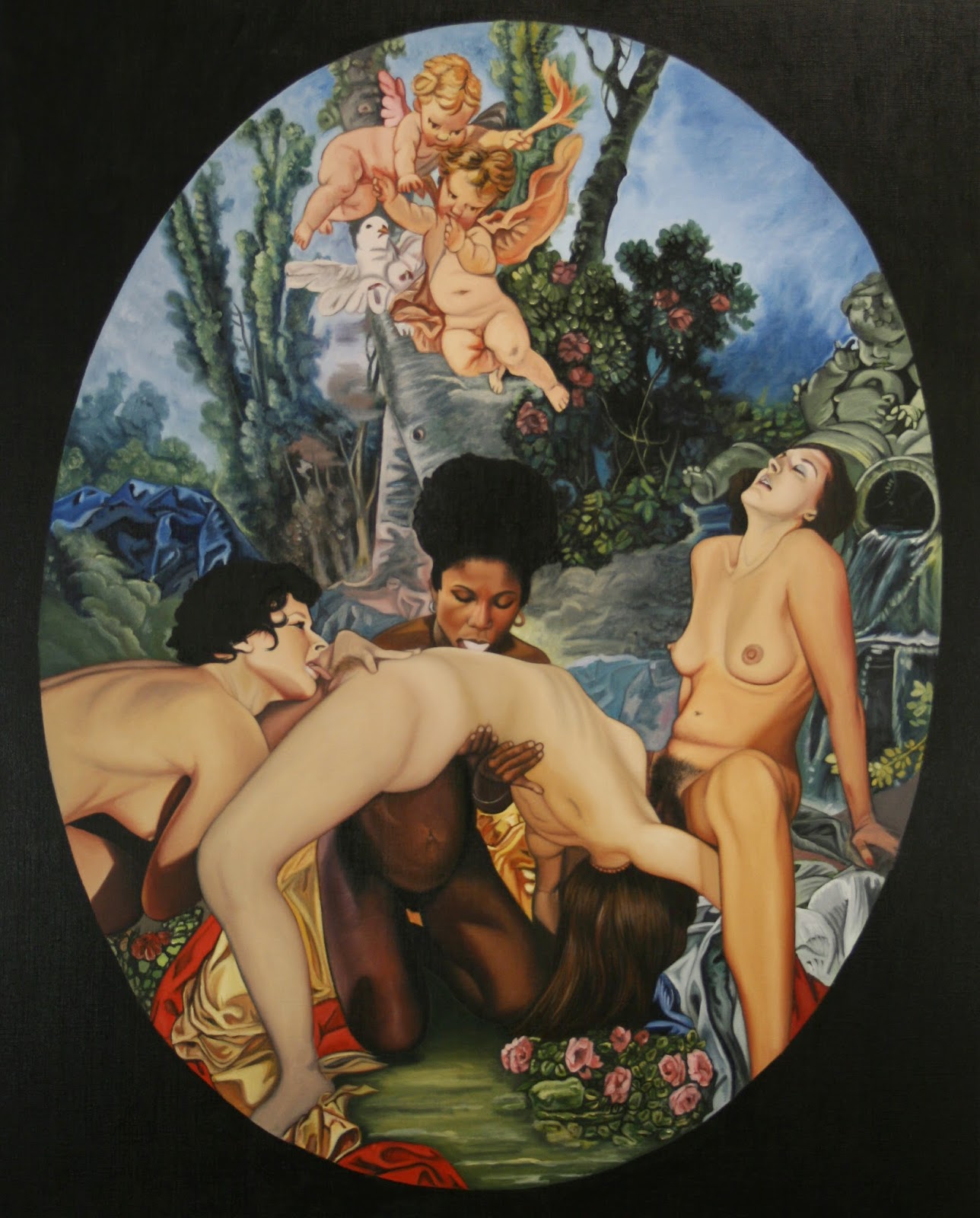 A panel discussion on LGBT ‘Myths and Mythology’ in art – past, present and
future – featuring Sadie Lee, Anna McNay and others, will take place
at the Menier Gallery on 21st November at 6pm. The event is free
but tickets must be booked through the GFEST website.