“All the world knows the masses of dark hair, the
ivory complexion and exquisite features, the beautiful hands and the great grey
eyes which were so unique and overwhelming in their beauty.” 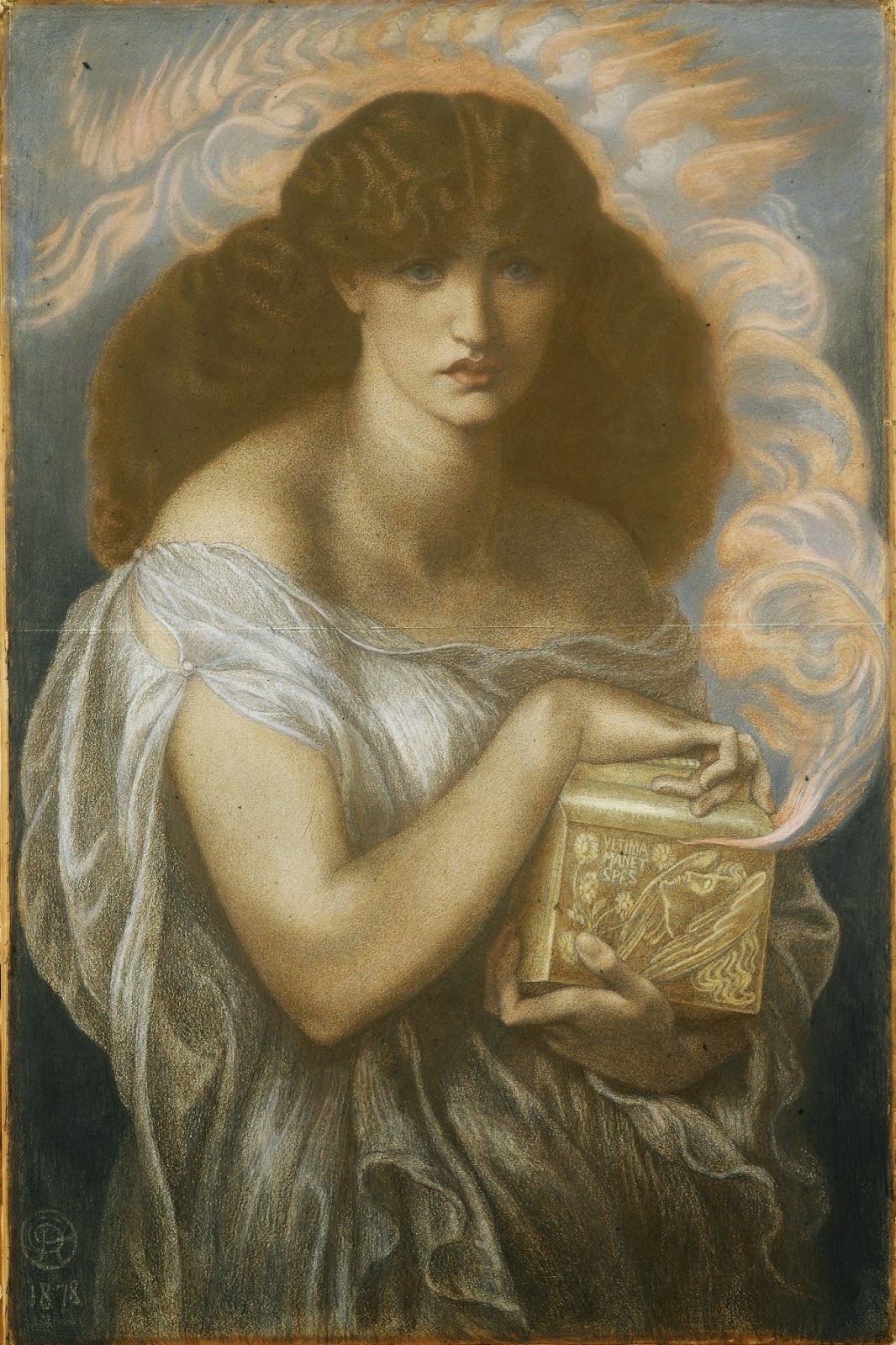 On the centenary of her death, this
small but enchanting exhibition brings together more than 30 paintings,
drawings and photographs of Jane Morris (1839-1914), chief muse for the later
works of Dante Gabriel Rossetti (1828–1882), and the recognisable embodiment of
Pre-Raphaelite beauty. “The Lady Lever Art Gallery has one of the best
Pre-Raphaelite collections in the world so we’re delighted to tell the story of
the relationship between two of the movement’s chief protagonists,” says Sandra
Penketh, Director of Art Galleries. It was a love story, but, unfulfilled and
heartbreaking, since Jane, who became embroiled in the Pre-Raphaelite circle
after meeting Rossetti in 1857 at an Oxford street theatre, went on to marry
his friend and colleague, William Morris (1834-1896), with whom she had two
daughters. After her affair with Rossetti began, however, Morris and Rossetti
agreed to share the tenancy of Kelmscott Manor in Oxfordshire, so that Jane and
Rossetti could spend time together without attracting scandal. During the years
that followed, Jane sat for many of Rossetti’s greatest works. He was truly
obsessed by the unconventional beauty – or handsomeness – of his model, and she,
in turn, loved and cared for him after his breakdown in 1872.

To read the rest of this review, please go to: http://www.studiointernational.com/index.php/rossettis-obsession-images-jane-morris-review-lady-lever-art-gallery-wirral