Coming out again and again, having to answer inane
questions about how you have sex – these are just a couple of the issues facing
young lesbians and photographer Imogen Crew has had her fill of them.

In her stark but impactful black and white
photographs, she portrays a teenage girl, faceless, bare chested, nipples taped
over, questions and exclamations scrawled across her front. In some, she
appears resigned, humiliated, uncertain maybe. In others, she scrubs
frantically to erase the insults. 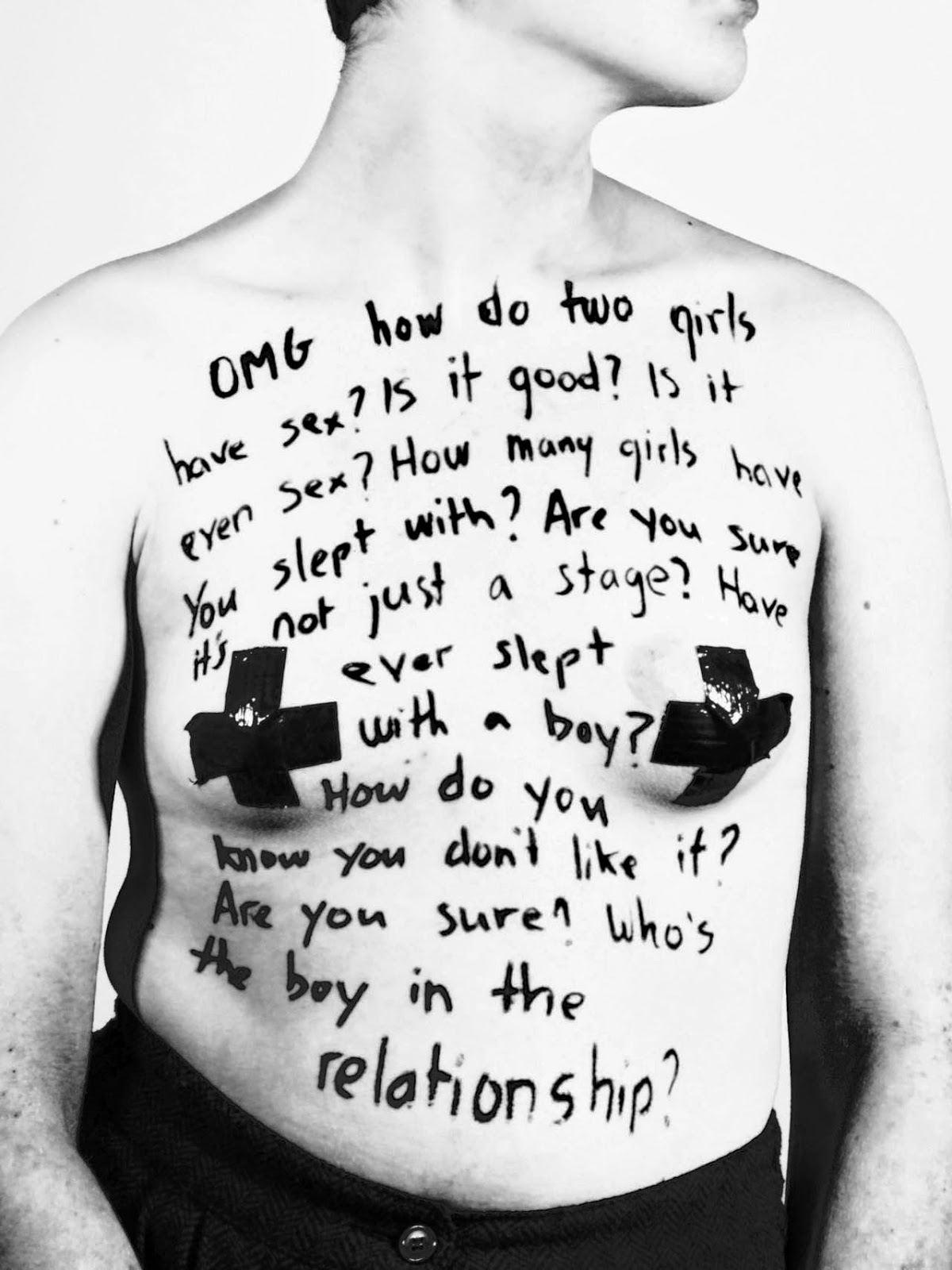 Taken when she was just 16 years old, as part of a
project called Contrasts, these images were of particular personal relevance
for the artist, who was, herself, asking these selfsame questions. The images
reflect her own coming out.

“I wanted to explore the questions and labels lesbians
face in society,” Crew says. “I started by thinking back to questions I had,
and I asked friends of mine who had experienced different things while coming out.”
The model is a friend who had recently been through the process as
well.

The use of thick black tape crisscrossed over the
nipples adds to the image in a number of ways. Crew wanted it to show how even
though someone is ‘out’, the coming out process recurs daily. Additionally, it
desexualises the image so that the message becomes the focus of attention.

Now 18 and studying photography at college in
Leicester, Crew works with a Nikon D500 and enjoys “the look of film
photographs, the little tricks you can do to transform a negative, and the
technique of developing film and then enlarging your images.”

To see this full profile, please pick up a copy of the May 2014 Sex Issue of DIVA magazine