Once seen, 33-year-old Anglo-Spanish visual
and performance artist XXXora is not easily forgotten. Dressed in monochrome
and covering one side of her face with a silver mask, she has a distinctive
look. “I’ve had to live in the binary,” she explains. “Now I will continue to
enforce these unnecessary binary limitations on my work and appearance until
the UK recognises the hermaphrodite in law and adds a third box to the category
of gender in passports, following in the footsteps of countries like Australia,
New Zealand and India.” 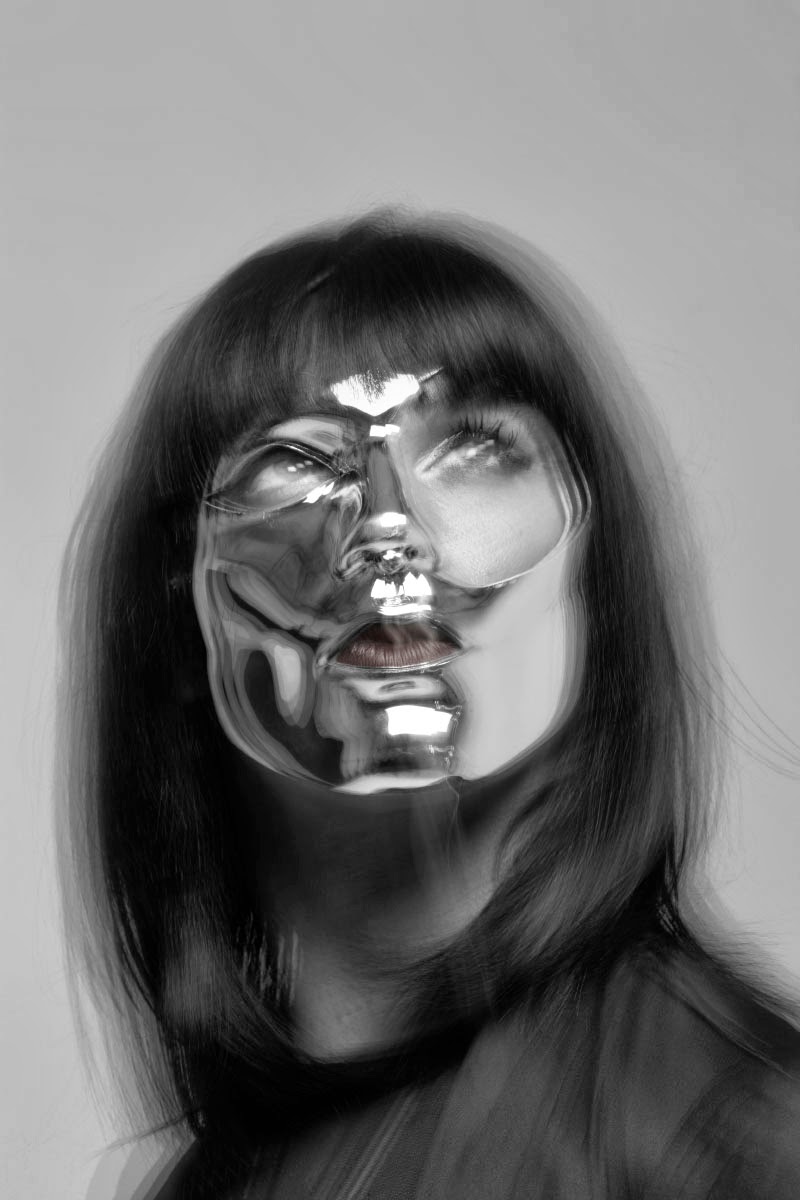 XXXora, whose pseudonym makes reference to chromosomes, was
born with ambiguous sexual organs and raised as a boy. It was only after her
time at Goldsmith’s College, that she began to live as her female persona. Since
her debut exhibition at the Vyner Street Gallery in June 2012, XXXora has been
using the power of art to educate and ignite democratic and scientifically led
discourse in an attempt to prevent future generations from experiencing the
degradation and abuse that she herself has had to endure. Her
artwork focuses on androgyny, depicting both naturally occurring hermaphroditic
flora and fauna and celebrities or politicians who either are androgynous
themselves, or who exploit androgyny in their careers – “the only real role models
that Silver Boxers like me have in this binary obsessed society.”

Last year, XXXora began painting a series called The
Captured Hermaphrodite, which seeks to document all naturally occurring hermaphroditic
species. Thus far she has painted The Oak Tree, The Clownfish, The Pansy, The
Salema and The Apple Tree. The latter, an alternative vision of Adam and Eve,
recently provided the stage set for the Winter Pride UK Awards Ceremony. Every
year until her death, XXXora promises to produce seven new paintings for the
series. “If I’m honest,” she says, “it worries me that I may not live long
enough to document and depict all of the different hermaphrodites in nature as
there are so many, but I hope other artists will pick up the baton if I am
unable to finish the series.” Hopefully, indeed, they will, and hopefully
people will start to listen to her message long before then too.

XXXora is currently running a petition, the Silver
Bo(x) Campaign, to stop the systematic, irreversible and barbaric genital
mutilation of non-consenting Intersex infants.

To see this full profile, please pick up a copy of the April 2014 issue of DIVA magazine.