Anyone who hasn’t yet heard of Chiharu Shiota soon will have
done. Taught by Marina Abramović and influenced to such an extent by Ana
Mendieta that she believed herself to be an incarnation of the tragic Cuban,
her ethereal installations blend Lygia Clark with Christian Boltanski,
innocence with experiences of trauma, unbearable weight with the lightness of
being. Born in Japan in 1972, Shiota has been based in Germany since crossing
the globe in 1996 to study under Abramović, initially at the Hochschule für
Bildende Künste in Braunschweig, and latterly at the Universität der Künste,
Berlin, where she has been based ever since. “It’s a funny story,” Shiota
explains. “I wanted to study with the Polish artist Magdalena Abakanowicz. I
got their names mixed up, but Marina accepted me anyway, and I began my life in
Germany.” A fortunate mistake, it would seem, for Abramović clearly
taught Shiota a lot about the power of the body in art, the value of duration
in performance and the suggestive possibility of absent presence. 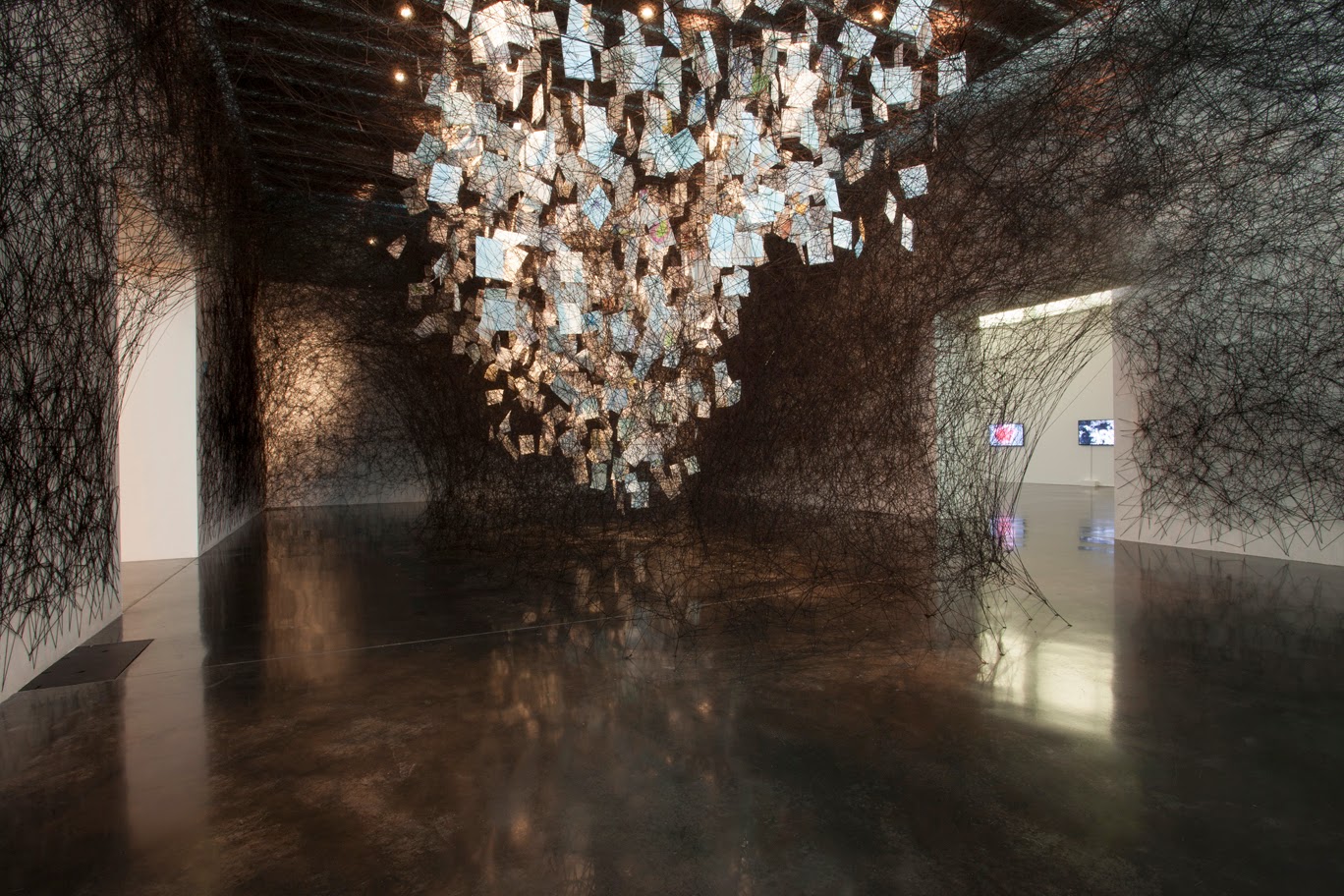 To read the rest of this review, please go to: http://www.studiointernational.com/index.php/chiharu-shiota-dialogues