When Mark Gertler exhibited The Creation of Eve (1914) at the London
Group’s third show in 1915, he was as shocked by the reaction of the public as
they apparently were by his painting. The press accused him of “calculated and
unpleasant sensationalism”[i], “deliberate
eccentricity”[ii]
and “impertinence, with a seasoning of blasphemy”[iii].
Looking at the work today, it is hard to imagine how it might have engendered
such a frenzied and uproarious response, but such was the mood prevailing in
the early decades of the last century. The London Group itself was set up in
opposition to the art establishment, from the start being billed as the
alternative not only to the Royal Academy but to the reigning
anti-establishment exhibiting society, the New English Art Club (NEAC). Jacob
Epstein is credited with having coined the name at a meeting held on 15
November 1913, and it was considered
an appropriately all-encompassing moniker, in contrast to such locally named groups as the Fitzroy Street Group and
the Camden Town Group. 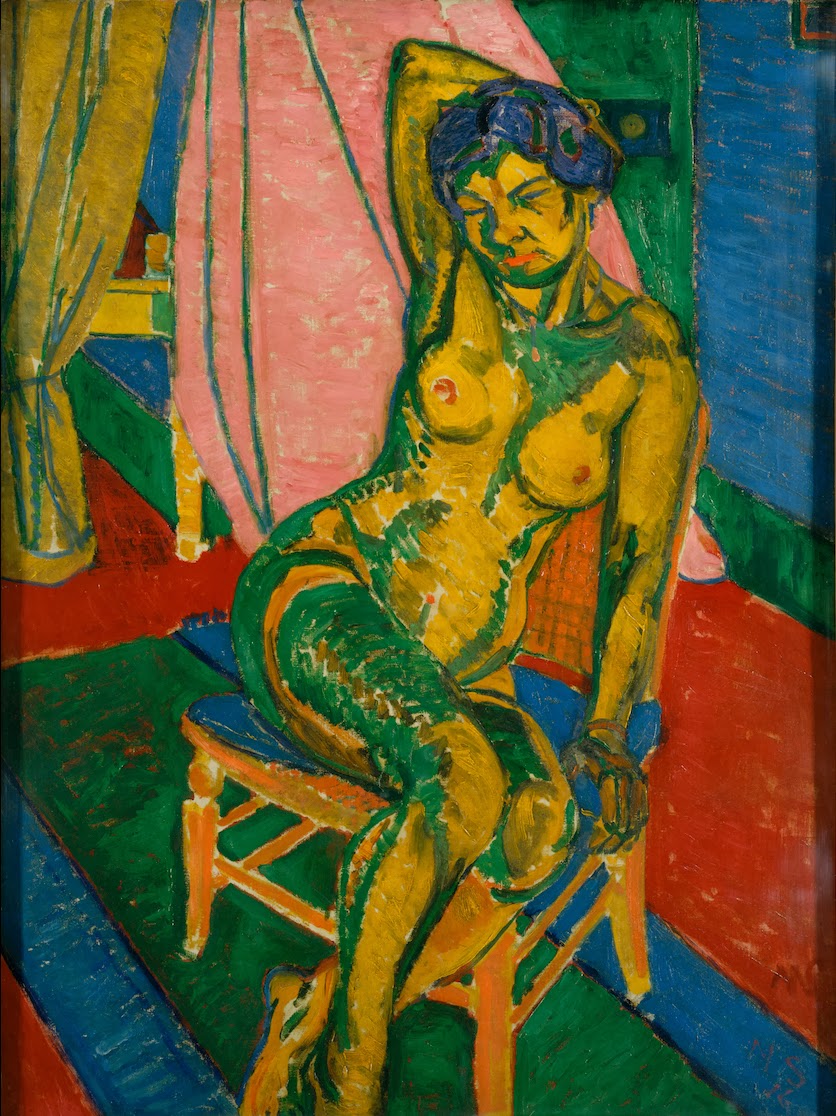 To read the rest of this review, please go to: http://www.studiointernational.com/index.php/uproar-the-first-50-years-of-the-london-group-1913-1963