Although holding degrees in Art History
(with English Literature and Japanese, Victoria University of Wellington, New
Zealand, 2000-2003) and Visual Arts Theory (University of Western Australia,
Perth, 2006-2007), Sarah Jane Moon (born in New Zealand in 1982) only became an
artist herself after moving to London in December 2007 and adding a
Diploma in Portrait Painting (Heatherley School of Fine Art, 2009-2011) to her
list of qualifications. Going on to receive commendations from
both the Royal British Society of Sculptors and the Royal Society of Portrait
Painters, she was recently awarded the 2013 Bulldog Bursary by the latter.

Working mostly with oils on canvas, albeit
with a recent foray into acrylics, Moon believes a portrait should capture
something of the essence of the sitter: posture and location have as much import
for her as facial expression and visual likeness. Painting, she says, “is fundamentally the manifestation of a
relationship between an artist’s senses and the subject’s presence and is always
characterised by the dynamic created by the space between these entities.” 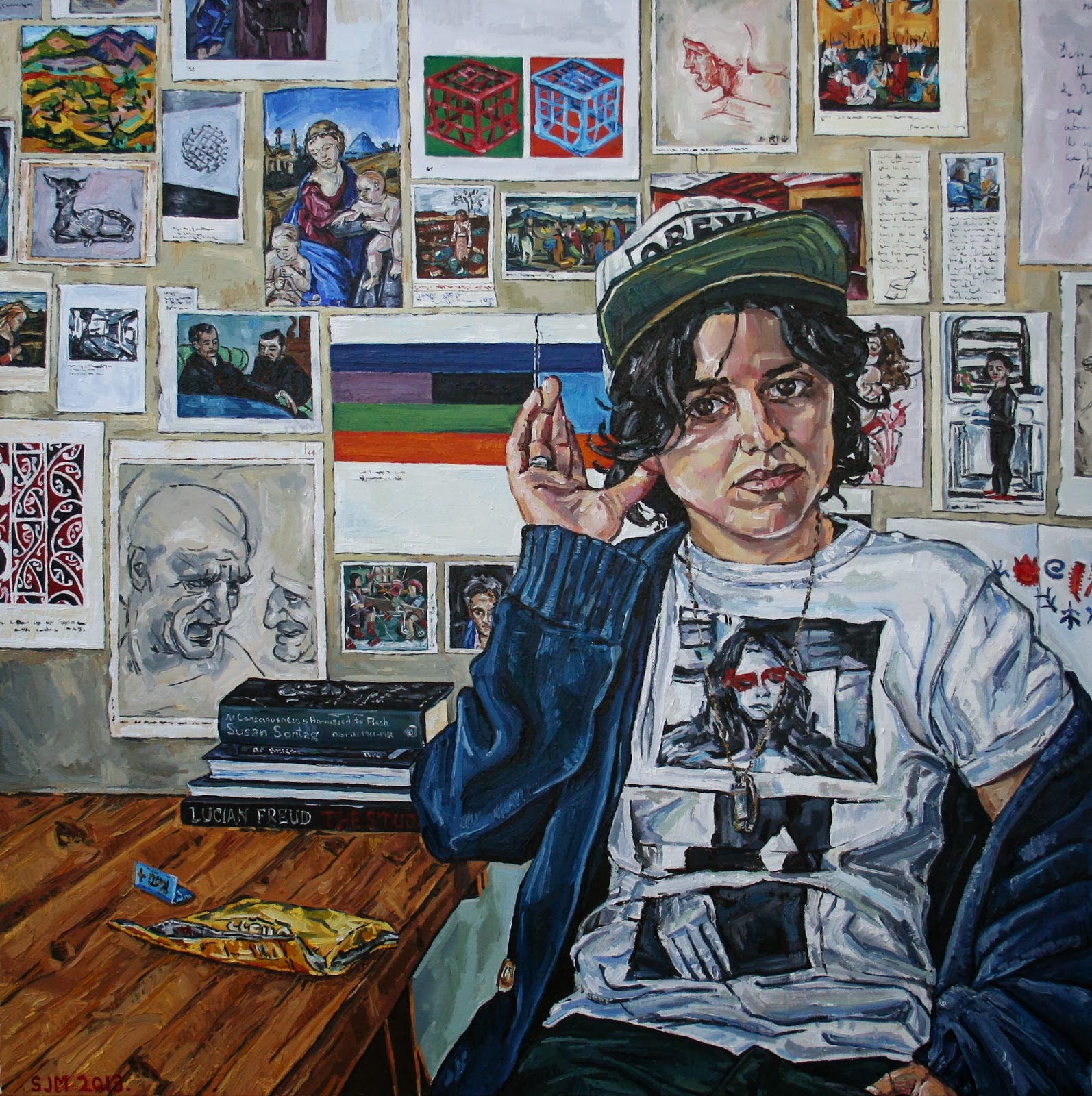 To read the rest of this profile, please see the January 2014 issue of DIVA