Rotting hams, kippers and kebabs; cucumbers, bananas,
zeppelins; melons, lemons, and fried eggs. Sarah Lucas’ body part metaphors are
far from subtle. Crude and conjuring up a raw, base, animal sexuality, her
androgynous gestures are hermaphroditic to the hilt – none of this could-be-one-thing,
could-be-the-other. No, Lucas’ constructs are absolutely and fully both.

Born in 1962 and part of the Hirstian Goldsmith’s generation
(albeit two years his senior), Lucas took part in the now notorious Freeze
exhibition of 1988. Running ‘The Shop’ with Tracey Emin for six months in 1993
and dating Gary Hume and Angus Fairhurst (who later committed suicide), she
lived YBA (Young British Artist) life to the full. In fact, her credentials as
a 1990s party animal stretch as far as her sometimes (self-)reportedly going
out to post a letter and returning a week later. 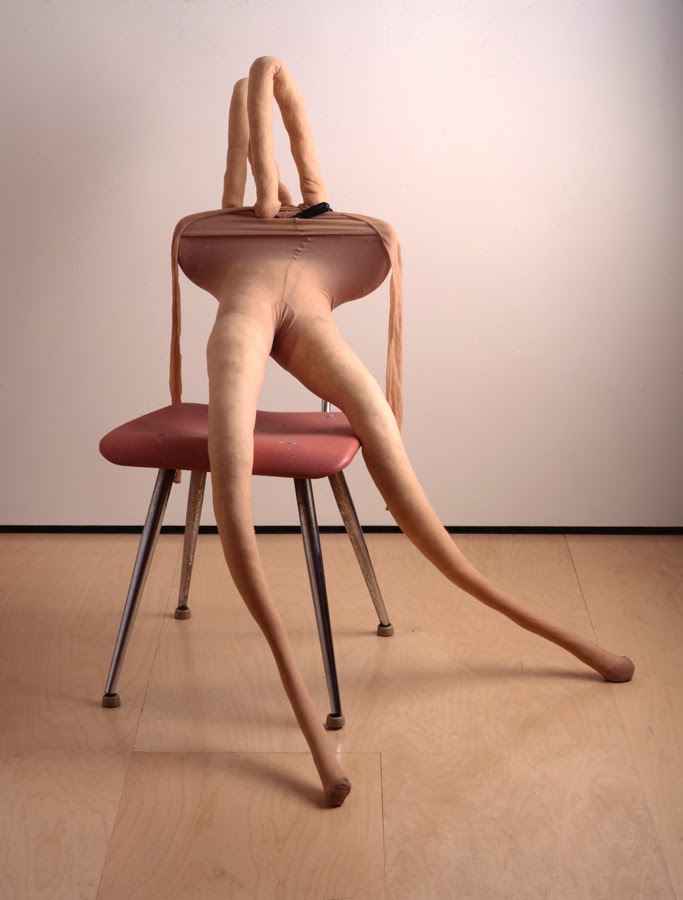 To read the rest of this review, please go to: http://www.studiointernational.com/index.php/sarah-lucas