The
female nude has long been the subject of the (typically male) gaze in the
history of art and photography: an idealised woman depicted as a sexual (if not
erotic) object. Over the last century, women have begun to take back control
over how their bodies are represented, and, with the rise of feminism and gay
liberation, lesbians too have set out to make themselves visible. Photographs
of naked women, taken by and for other women, have, over the past four decades,
served many purposes beyond just pure erotica: they have been used politically
and educationally, to show people that there is nothing horrendous or fearful
about two women in love, and they have been used to document our lives. 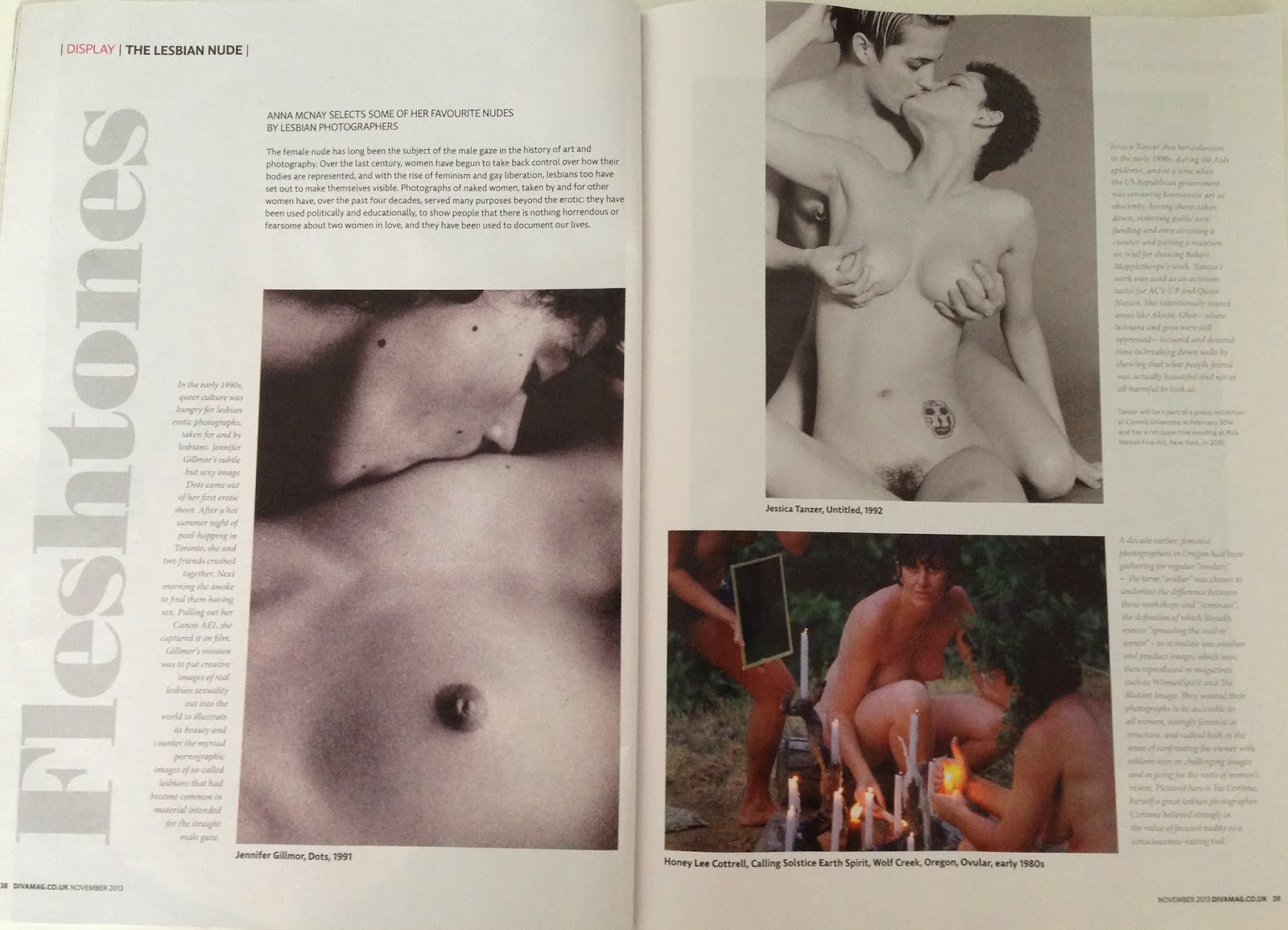 To see the rest of this photo spread, please buy the November 2013 “Naked” issue of DIVA magazine, available in shops, and from Divadirect.co.uk