Review of Ana Mendieta: Traces at the Hayward Gallery

Despite leaving behind an archive of over 1000 slides and
60 films, as well as myriad drawings and sculptures, Ana Mendieta’s name sadly
usually only crops up in relation to the tragic and untimely – not to mention
suspicious – circumstances of her death.

In 1985, aged just 36, when she fell from a window of the 34th floor apartment that she shared with her
artist husband, Carl Andre, whom she’d married less than eight months
previously. Given the tempestuous nature of their relationship, exacerbated by
her growing success, many believe she was pushed. Andre was charged with her murder but acquitted after the third
trial. The suggestion of suicide has been dismissed as unthinkable by her family
and friends, but many critics have, regardless, analysed her
work, in particular her Silueta series, as a rehearsal for death: uncannily,
the way in which she fell on to the roof of the delicatessen below mirrors the
outlined silhouette shape, with one arm raised in a stylised pose
reminiscent of the Great Goddess, of so much of her
work. 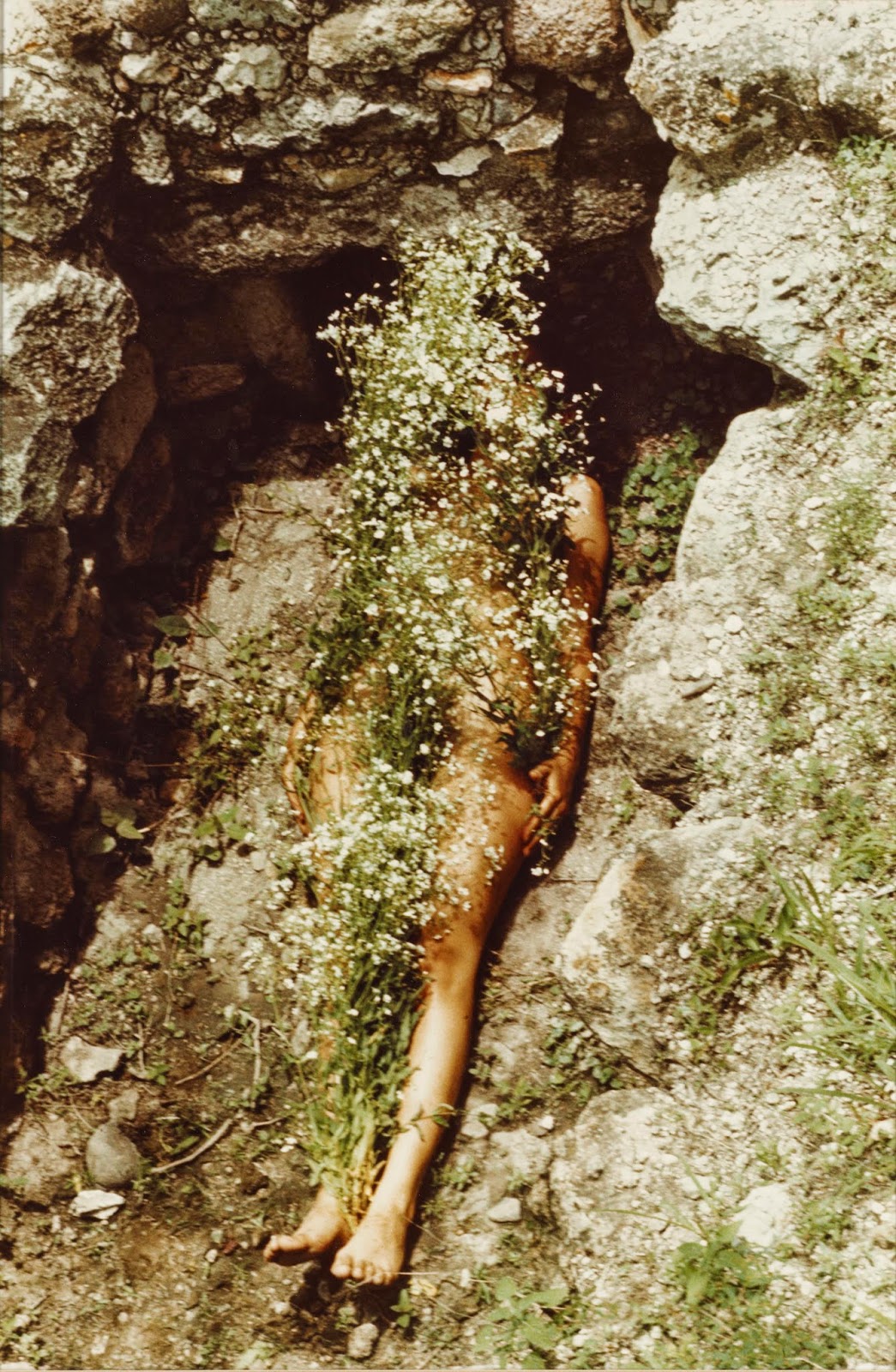 To read the rest of this review, please go to: http://www.studiointernational.com/index.php/ana-mendieta